VR, thrillers, and shorts from Taiwan to screen in Hawaii film fest 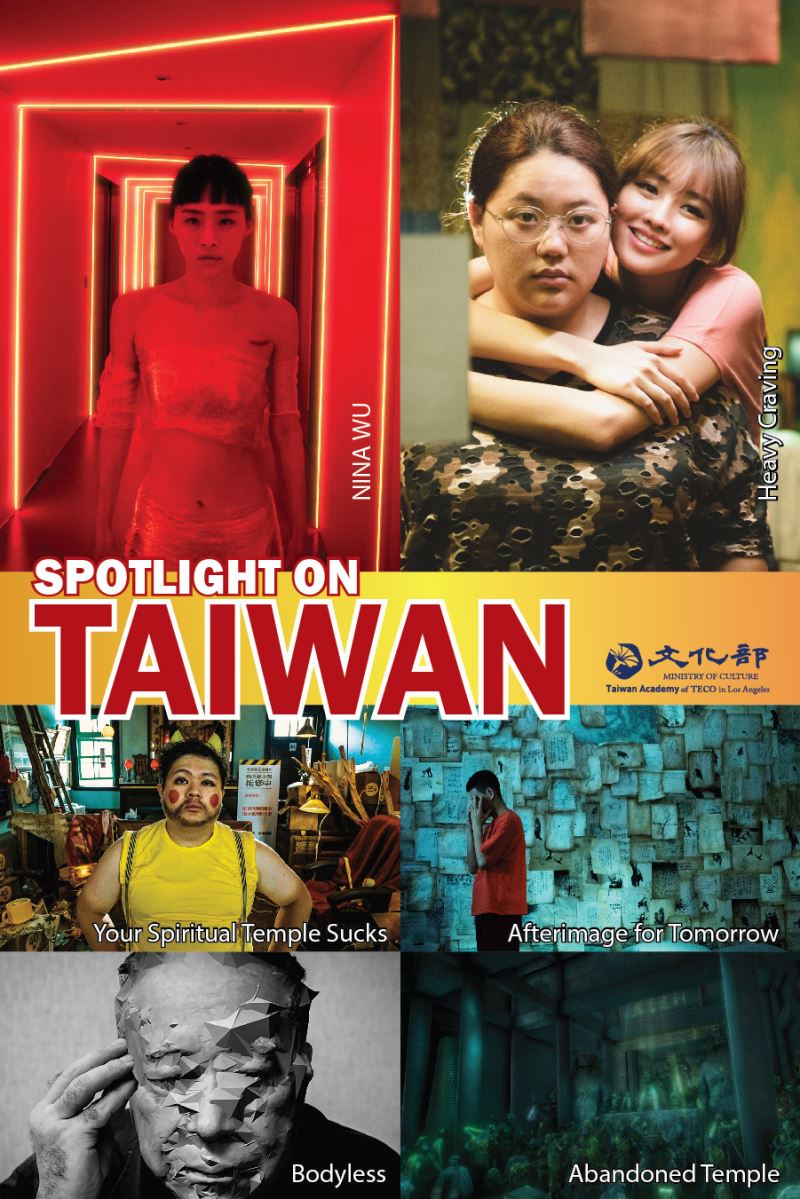 The established Hawaii International Film Festival (HIFF) is one of the few North American events that highlight Asian-Pacific films and the emerging directors that direct them. This year, the annual "Spotlight on Taiwan" segment will be shown from Nov. 8 through 11 at the 39th edition of the festival.

Hawaii will present 4 Taiwanese VR films this year, including "Your Spiritual Temple Sucks" that was screened at the "New Frontier" program of the 2018 Sundance Film Festival. This John Hsu film uses virtual reality to let audience members experience a unique Taoist ritual involving blindfolding in Taiwan, allowing them to appreciate director Hsu's imagination and humor.

"Bodyless" is a VR film co-created by Hsin-chien Huang and Golden Horse-winning composer Lim Giong. It aims to discuss the human existence, religion, and transcendence in a totalitarian state stemming from the advancement of digital technology. "Bodyless" was screened at the "Venice Virtual Reality" competition at the 76th Venice Film Festival.

"Abandoned Temple" is yet another thriller masterpiece by director Cheng Wei-hao after "The Tag-Along." It was selected for the official competition at the NewImages Festival in France.

Rounding up the Taiwanese VR selection at the Hawaii festival is "Afterimage for Tomorrow" — a creative interdisciplinary collaboration between director Singing Chen and choreographer Chou Shou-yi that has integrated VR with dance.

There are also one feature film and two short films in the "Spotlight on Taiwan" lineup, including "Nina Wu" and its exposure of the dark, unspoken rules in the entertainment business that resound with the global #MeToo movement. It is director Midi Z's first attempt to make a psychological thriller by disregarding his usual naturalistic style.

Last but not least, "The Menarche" is about the deteriorating friendship between two girls due to a swimming competition. "BITE" is a short about zombies and family love, depicting the challenge that a couple faces when a zombie apocalypse descends on Taiwan.

In addition, Taiwanese film "Heavy Craving" has been nominated for both the KAU KA HŌKŪ Main Competition and the NETPAC Award.

Find out more at https://hiff.org/festival-events/spotlight-on-taiwan.