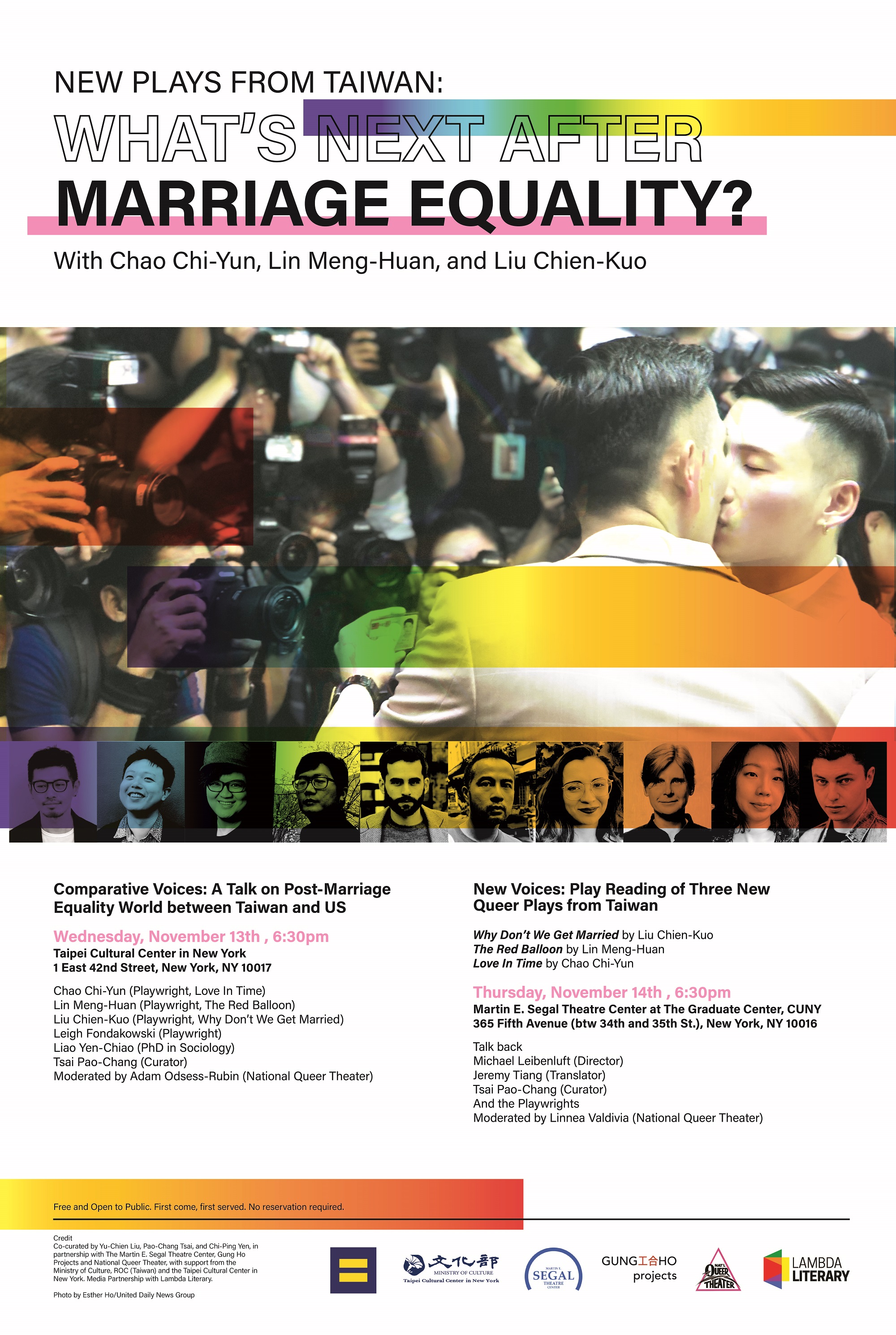 Join playwrights, scholars, and moderators from the United States and Taiwan for an evening panel in New York on Nov. 13 to find out what American queer artists and organizers can learn from Taiwan and what Taiwanese artists can take from understanding the state of queer theater in the US.

In May 2019, Taiwan became the first Asian country to legalize same-sex marriage. This took place roughly four years after the US Supreme Court struck down all state bans on same-sex marriage in 2015.

On the following day, a reading of these new short plays will take place at 6.30pm at Martin E. Segal Theatre. Moderated by Linnea Valdivia, literary manager for the National Queer Theater, the Nov. 14 readings will be followed by a discussion with the featured playwrights and curators, director Michael Leibenluft, and award-winning translator Jeremy Tiang (程異).

All plays are translated by Tiang and directed by Michael Leibenluft/Gung Ho Projects, a New York-based multilingual theater company that uses performance to create opportunities for self-expression, empowerment, and exchange across linguistic and cultural divides.

Presented in partnership with National Queer Theater, whose mission is to foster and support LGBTQ communities through social justice in the performing arts, and Lambda Literary that nurtures and advocates for LGBTQ writers.