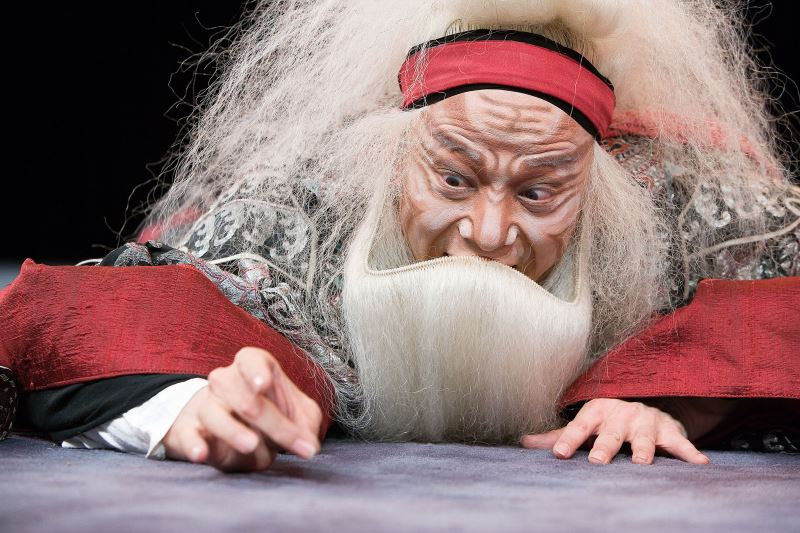 Taiwan's ﻿Contemporary Legend Theatre (當代傳奇劇場) has been invited to perform its critically acclaimed play "King Lear" at the Santiago a Mil International Festival from Jan. 2 through 14 at the Chilean capital Santiago and surrounding cities.

Founded by the Teatro a Mil Foundation, Santiago a Mil International Theatre Festival is one of the largest of its kind in Latin America. The annual performing arts festival takes place in January for three weeks and includes theater, dance, music, circus, and other art performances.

This 26-year-old festival aims to provide affordable access to quality cultural events, support the development of theater and performing arts in Chile, and promote Chilean theater to the international arts community. Since its founding in 1994, the Santiago a Mil festival has put on 1,065 Chilean shows and 500 international shows, attracting 11 million spectators and visitors. This is the first time that a Taiwan performance troupe has been invited to attend.

"King Lear" is a remake of the Shakespearean classic with a unique blend of the awe-inspiring virtuosity of Peking opera and visually stunning Western stagecraft. Hailed by The New York Times as a "tour de force" of one-man performances, troupe founder Wu Hsing-kuo (吳興國) adapts themes and relationships from Shakespeare's monumental tragedy of power and deception.

In this performance of three acts — "The Play (戲)," "Playing (弄)," and "A Player (人)," Wu depicts ten different characters, from the mad Lear and Earl of Gloucester, to his evil daughters, and the pitiful Fool. "King Lear" was the first Taiwanese production to be invited to Edinburgh Fringe and has been highly acclaimed by media including The Times, Wall Street Journal, and The New York Times.

With the support of the Ministry of Culture and the Taiwan Academy in Los Angeles, Contemporary Legend Theatre will be making its debut in Latin America. Spanish subtitles have been arranged so local theater-goers can enjoy the full experience of the performance. Through the forums and workshops, Wu and his team will also answer questions and instruct participants in the gestures and vocals of Peking opera.

The full schedule of events is available here.