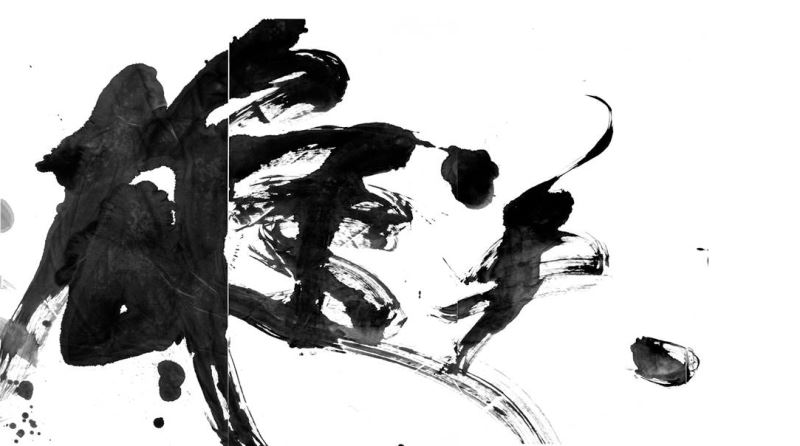 Tong Yang-tze (董陽孜), one of Taiwan's foremost calligraphers who also goes by the name Grace Tong, will be holding a solo exhibition at Cornell University's Johnson Museum of Art from Feb. 1 through June 7 as the 2020 Wong Chai Lok Calligraphy Fellow at Cornell.

Over a long career spanning four decades, Tong has received critical acclaim for her large-scale, unrestrained cursive script that has been exhibited in more than sixty exhibitions across the globe. She began her study of calligraphy at the age of eight with the practice of copying ink rubbings from ancient stone inscriptions, and expanded her experimental approach by fusing Western visual theories with the traditional lines and brushstrokes that form the foundation of classical Eastern calligraphy.

In recent years, Tong has branched into the fields of design, visual arts, digital media, and performance arts to promote the ancient script art through interdisciplinary collaborations that resonate with the modern world. Among her most recognized works are the calligraphic logos of Cloud Gate Dance Theatre, Taipei Main Station, and the Ministry of Culture. She received Taiwan's National Cultural Award in 2012.

Her upcoming exhibition at Cornell takes its name from the title of a poem called "Immortal at the River (臨江仙)" by Yang Shen (楊慎, 1488-1559) that serves as preface to the standard edition of the enduring novel "Romance of the Three Kingdoms (三國演義)." Completed in 2003, Tong's eponymous 54-meter-long scroll shall circle the perimeter of the Bartels Gallery to provide an immersive and monumental experience.

As Tong is the 2020 Wong Chai Lok Calligraphy Fellow at Cornell, crossover works and performances inspired by her cursive script include showings on March 5-7 at the Schwartz Center for the Performing Arts as part of the Locally Grown Dance program, and a related student dance performance at the Johnson on Feb. 27. The artist will also discuss her work on March 8 via Skype.﻿

‘Tong Yang-Tze: Immortal at the River’