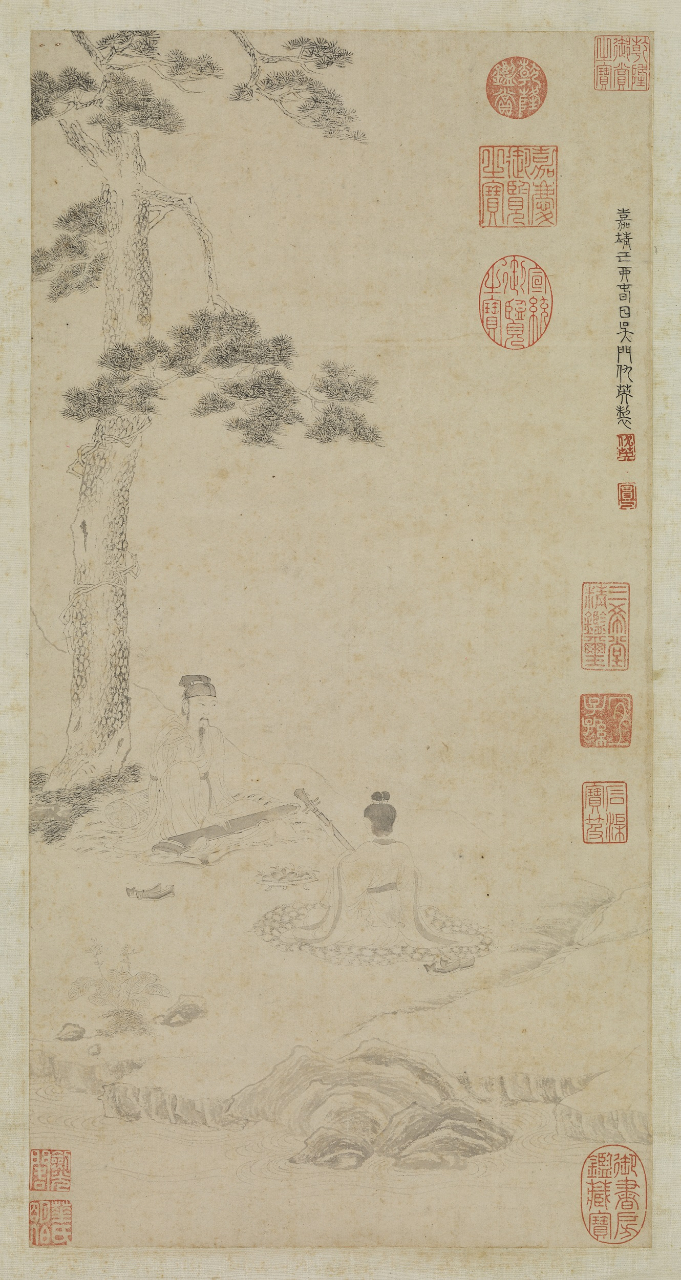 Two paintings on loan by the Taipei-based National Palace Museum will complete the Feb. 9 – May 17 grand showcase of the enigmatic Ming dynasty painter Qiu Yang (仇英, circa 1494-1552) by the Los Angeles County Museum of Arts (LACMA) on Wilshire Boulevard.

Few artists in imperial Chinese history have proven as enigmatic as the great Qiu, whose life and art reveal a series of paradoxes. Although he was one of the most famous artists of the Ming period, almost nothing is known about his life. He is said to have been illiterate, yet surviving evidence demonstrates elegant writing. He is said to have had few followers, yet he was the most copied Ming painter.

"Where the Truth Lies: The Art of Qiu Ying" will feature 60 pieces of his surviving art and related works, including "Playing a Ruan in the Shade of a Pine (仇英松陰琴阮)" and "Viewing the Pass List (仇英觀榜圖)" on loan from the National Palace Museum that present two very different types of painting styles. This will be the first overseas showcase of these two priceless works.

There are over 20 high-quality pieces of Qiu's art carefully preserved in Taipei by the National Palace Museum that reflect his detailed style of painting as well as his grace and charming temperament. The upcoming LACMA exhibition is not only a rare chance to see the museum's collection outside of Taiwan, but also the works of his predecessors and teachers, his equally talented daughter Qiu Zhu (仇珠), and followers from the early 16th through the mid-20th century.

As the first exhibition on Qiu ever organized outside of Asia, "Where the Truth Lies" will also grapple with such issues as artists who cross social boundaries, literary, and the importance of connoisseurship in determining quality and authenticity.