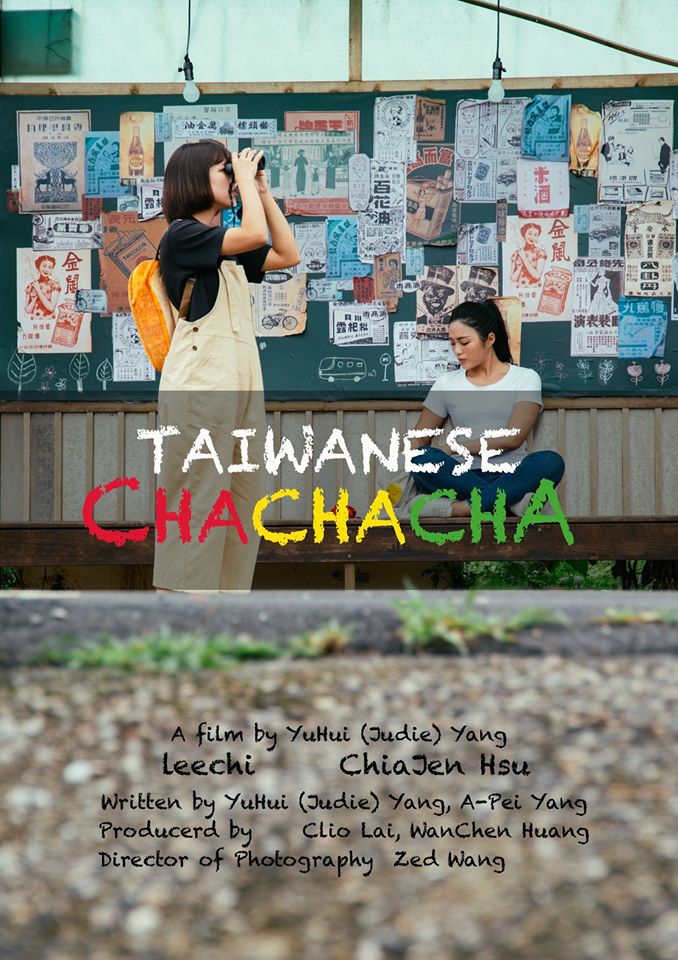 The 2019 Taiwanese short film "Taiwanese Cha Cha Cha (台語恰恰恰)" will be screened at the 16th American Dam Short Film Festival in Boulder City, Nevada on Feb. 16. Director Judie Yang Yu-hui (楊渝惠) will also be holding a post-screening discussion to talk and interact with the audience.

"Taiwanese Cha Cha Cha" is about two high school senior students, PeiPei and Xiaoqi, who go against their parents' wishes by stepping on a journey to the countryside to reconnect with PeiPei's grandfather. PeiPei is also under a lot of pressure for the upcoming college entrance exam, and she is worried that her poor Taiwanese skills might make it difficult for her and her grandfather to communicate.

Her friend Xiaoqi dreams of developing a career in translation as a Taiwanese interpreter, even though she has been mocked and is doubting her own choices. The two young girls encourage each other and turn this journey full of ridicule and doubt into a meaningful and amazing adventure. The short film employs an energetic, fast-paced direction interspersed with humorous scenes to depict the intergenerational barriers and cultural gaps in Taiwan.

The Dam Short Film Festival has become a traditional southern Nevada cultural event that attracts thousands of visitors to Boulder City each February. The film festival has welcomed scores of filmmakers from all over the world and has screened several thousand unique and independent short films during its history. The film festival is expected to showcase 146 shorts from various countries this year, including "Taiwanese Cha Cha Cha" on Feb. 16 at the 400-seat Boulder Theater as part of the "International B: Rhythm of Life" program at Dam Short.