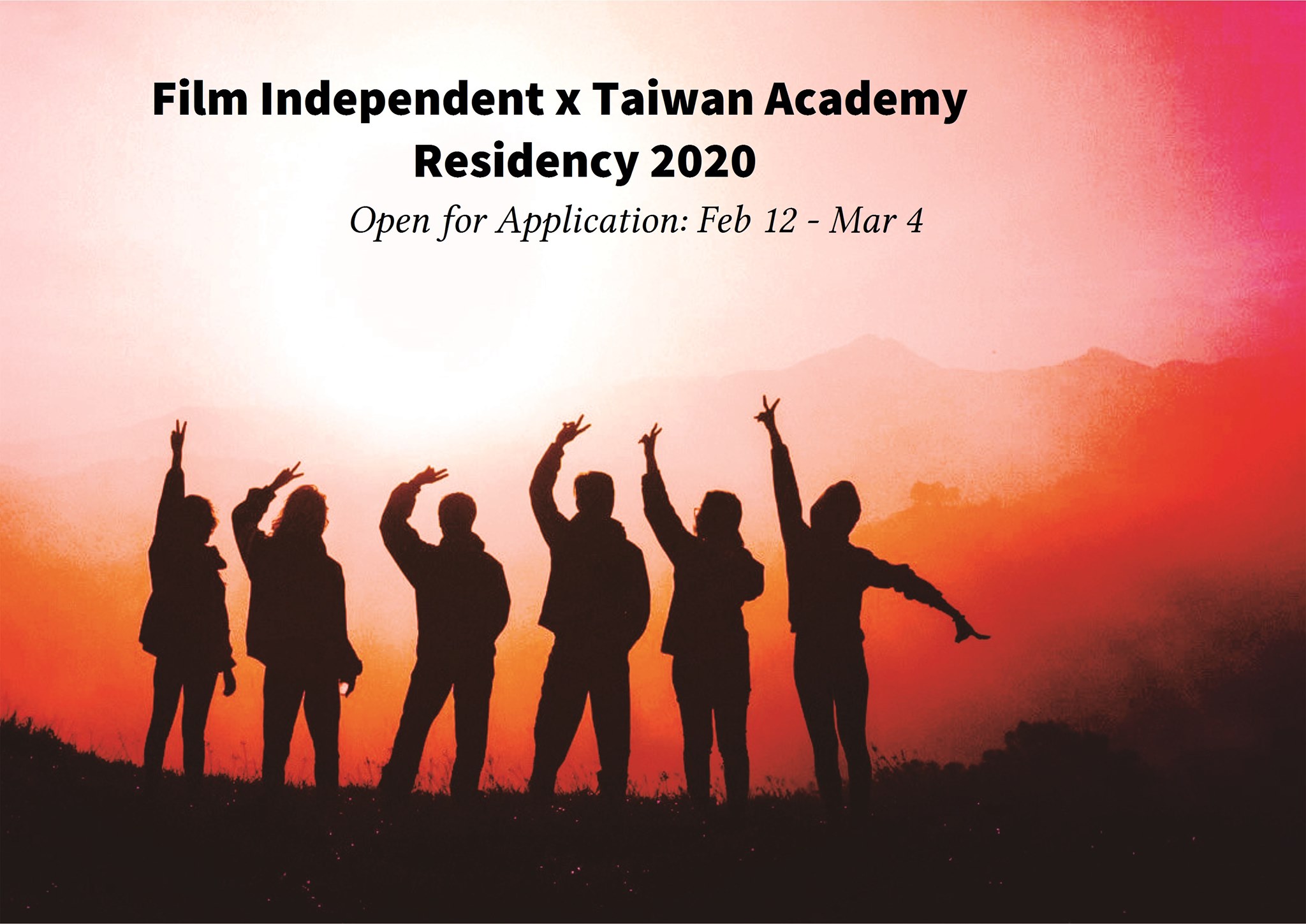 The Taiwan Academy in Los Angeles and the Taipei Film Commission have teamed up with Film Independent, a US nonprofit organization dedicated to indie cinema, to invite 15 filmmakers from Taiwan for a seven-day residency in the very city that is widely regarded as home of the American film industry.

The inaugural "Film Independent x Taiwan Academy Residency 2020" is open for applications from Feb. 12 to March 4. Residents will be chosen from Taiwanese filmmakers, screenwriters, and film producers with an established body of work or prior experience of making feature or short films.

The purpose of the transnational program is two-fold — firstly, to help Taiwanese filmmakers engage with LA's filmmaking communities, learn about local resources, gain guidance from seasoned professionals, and have access to the Film Independent platform for raising the profile of their future or ongoing projects.

Secondly, the seven-day residency is oriented towards fostering co-productions and multinational collaboration, as well as forging ties with a strong circle of film and television societies worldwide, in the hope of advancing Taiwan-US partnerships in film.

Scheduled for April 27 through May 3, the 15 Taiwanese participants will be introduced to all aspects of LA's film industry through masterclasses, mentorship by established film industry professionals, case studies, workshops, industry sessions, Film Independent forums, and professional networking opportunities.

Applicants will be notified of their status by mid-March via email. Read more about the program here and here.