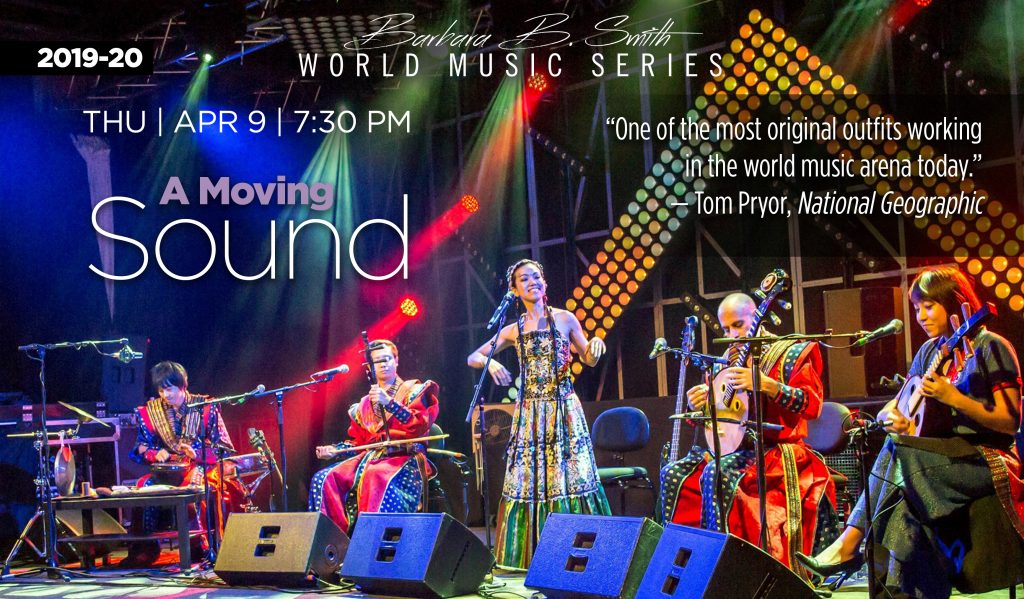 Performing traditional music with a contemporary touch, the award-winning Taiwanese ensemble A Moving Sound (聲動樂團) will embark on a North American tour this April, bringing its contemplative and joyous music to audiences in New York and Wisconsin.

Hailed by Tom Pryor, music supervisor for National Geographic, as "one of the most original outfits working in the world music arena today, an inspired marriage of Taiwanese traditional sounds and Western experimentation that forges an important new musical dialogue," the ensemble has gained a worldwide following through its exuberant mix of original music and dance.

Invited by the prestigious World Music Institute (WMI), a leading presenter of world music and dance in the United States, A Moving Sound will be performing at the well-known Peter Norton Symphony Space in Manhattan — April 11 will be the first time for this stage to feature a Taiwanese ensemble. Additionally, A Moving Sound will also hold performances at the University of Rochester's Eastman School of Music in New York on April 9 and Lawrence University in Wisconsin on April 13.

A Moving Sound features the distinctive timbres of two-stringed fiddles, tenor lutes, traditional percussion instruments, Tibetan singing bowls, and the transcendent vocals of Mia Hsieh (謝韻雅), devising a powerful and compelling style that is uniquely its own while veering between the contemplative and the joyous.

Founded by Hsieh and Scott Prairie in Taipei in 2001, the quintet has been featured on BBC Radio and Discovery Channel and counts the Kennedy Center and Melbourne International Arts Festival among its recent overseas showcases.