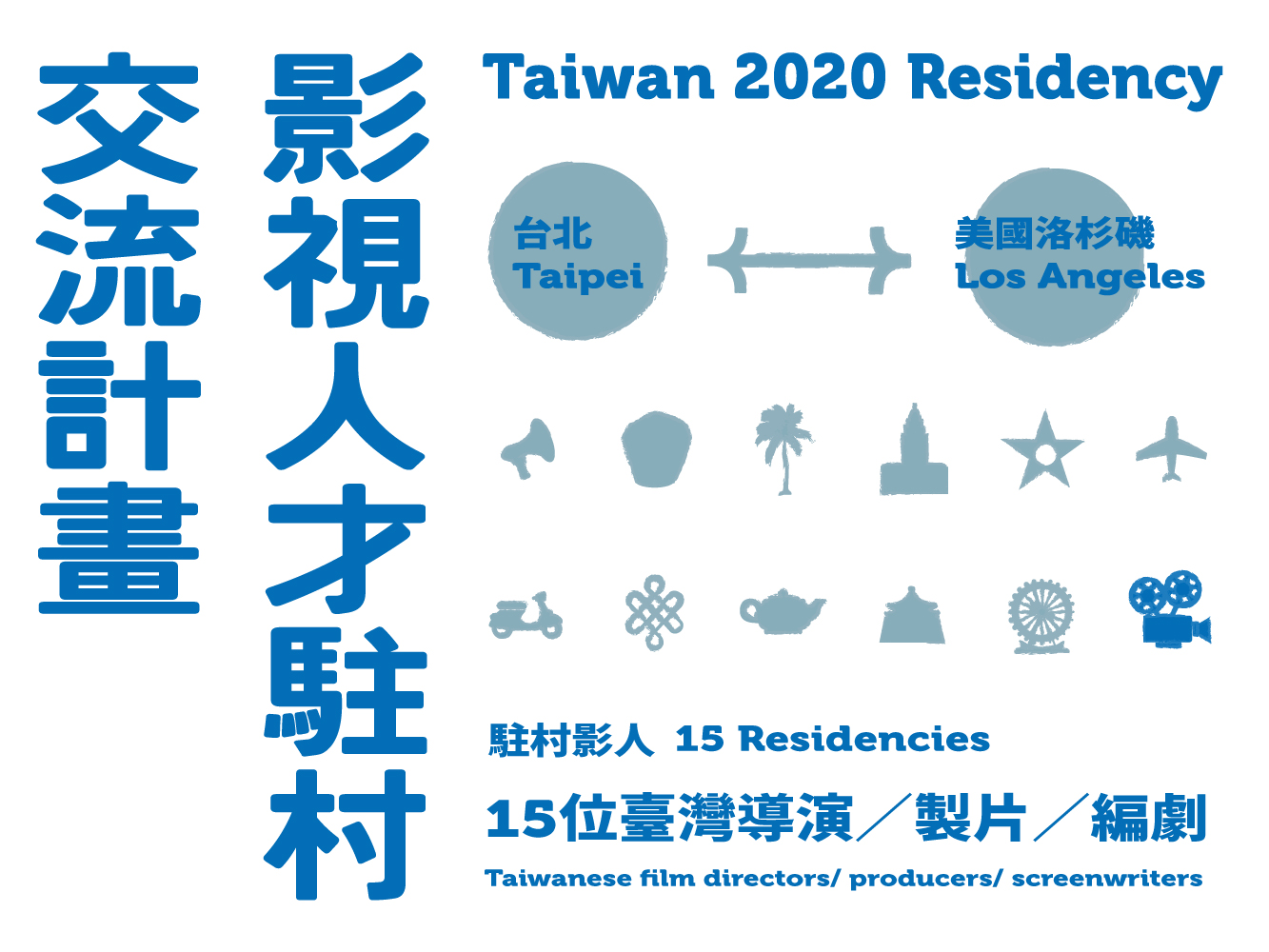 Chosen from a pool of 153 applicants, the 15 fellows of the "Film Independent x Taiwan Academy: Taiwan 2020 Residency in Los Angeles" were announced on March 24. View the acceptance list here.

Made possible by the Taipei Film Commission (TFC), US nonprofit Film Independent, and the Ministry of Culture's Taiwan Academy in LA, the residency is designed to support, promote, and provide career-building opportunities for Taiwan's film industry professionals, in the hope of advancing partnerships with producers and partners worldwide.

Tentatively scheduled for July 27 through Aug. 2, the residents will be mentored by established film industry professionals, gain access to film forums, visit film and TV production studios, and receive networking opportunities to connect with Hollywood itself, while exploring future opportunities for co-productions and multinational collaborations.

The 15 fellows, along with ten finalists on the wait list, were selected from 128 viable applicants by a jury panel comprising Taiwanese directors Arvin Chen (陳駿霖) and Chi Po-chou (紀柏舟) and TFC Vice Chairman and Director Jennifer Jao (饒紫娟).

Originally scheduled for April 27 through May 3, the residency has been rescheduled to summer amid safety concerns and travel restrictions during the global COVID-19 outbreak. Given the ongoing uncertainty surrounding the pandemic, these dates are subject to change; please follow the Taiwan Academy in LA and TFC on Facebook for the latest updates.

Film Independent is one of the leading nonprofit organizations for independent filmmakers. It gained prominence for founding the Spirit Awards in the 1980s and the LA Film Festival in 2000. Through screening events, cultivating talented filmmakers, and organizing exchange programs, the organization aims to foster a greater appreciation for indie cinema and champion diversity in the global film industry.