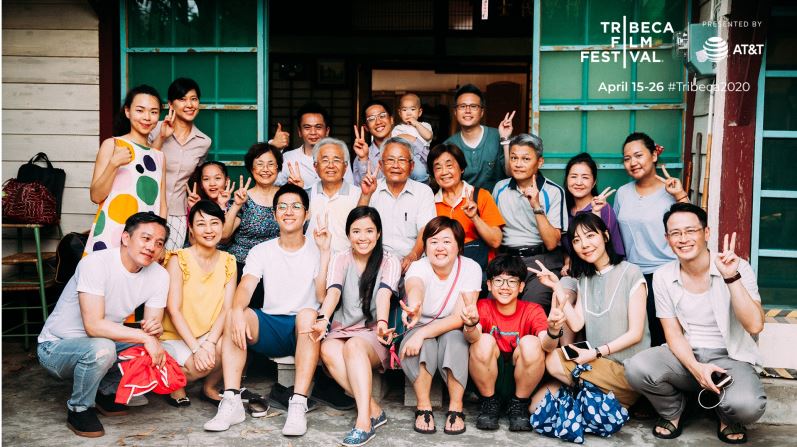 In lieu of the coronavirus pandemic forcing major film festivals around the world to be postponed or cancelled, the 19th Tribeca Film Festival (TFF) will be presenting several programs online. Moreover, the streaming lineup of "Tribeca Immersive Cinema360" will include virtual reality films such as "Home (舊家)" by Taiwanese director Kidding Hsu Chih-yen (許智彥). The public will now be able to attend these high-profile premieres from the comfort of their couch.

A heart-warming piece, "Home" is director Hsu's first VR film. By utilizing the immersive effects of virtual reality, Hsu takes the audience back to his grandmother's home to experience the lively atmosphere of a family reunion during a festive holiday and the feeling of melancholy when the family part ways. Hsu said that since becoming a father, he has had deeper thoughts and emotions about birth, growth, aging and other stages in life. Hsu also mentioned he was able to reconnect with all his relatives due to the opportunity of shooting this film.

Another VR film from Taiwan, "Great Hoax: The Moon Landing (星際大騙局之登月計畫)" by director John Hsu (徐漢強), was selected for the "Tribeca Immersive: Virtual Arcade" program. In this comedy satire, the audience will participate in a "fake space landing program" initiated by the government to become "the first Taiwanese astronaut to land on the Moon." Hsu remarked that the film wanted the audience to reflect on the widespread of disinformation in modern society. "Great Hoax: The Moon Landing" was also selected by the 2019 Venice Gap-Financing Market and by Taiwan's 2020 Golden Horse Fantastic Film Festival.

In recent years, Taiwan has enjoyed a growing reputation for its cutting-age VR technology and its achievements in VR production. "Chalkroom (沙中房間)," a short film produced by Taiwan's Hsin-Chien Huang (黃心健) and American artist Laurie Anderson, was the first Taiwanese VR film to be screened at Tribeca Immersive in 2018. Then in 2019, "Mr. Buddha (董仔的人)" directed by Lee Chung (李中) and co-produced by celebrated auteur Hou Hsiao-hsien (侯孝賢) through the "5X1" project, was screened as part of the 2019 TFF lineup. This year will mark the third consecutive year for Taiwanese VR films to be featured at Tribeca.