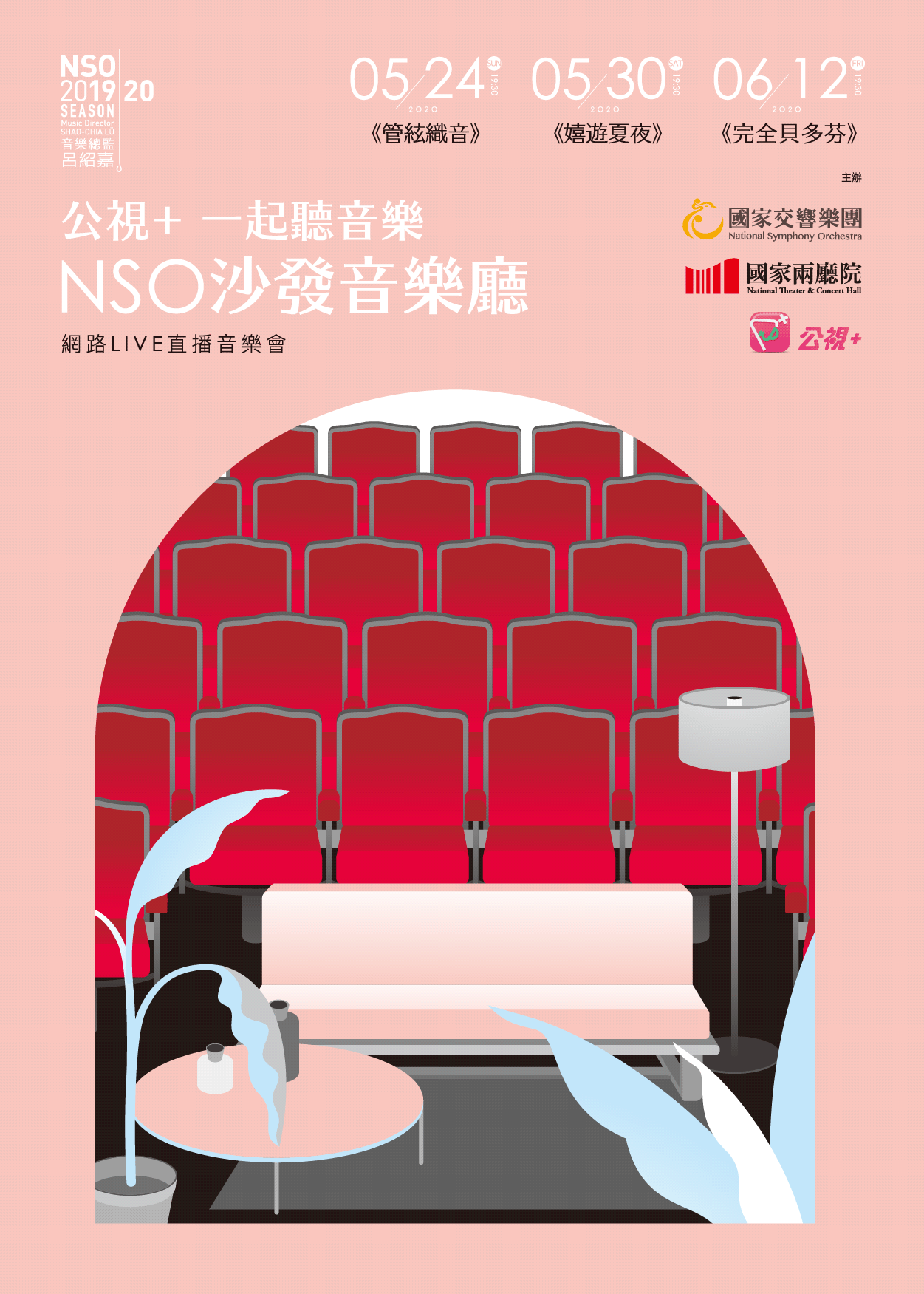 Conducted by NSO Director Lu Shao-chia (呂紹嘉), the first concert on May 24 is titled "Orchestral Weave" and will feature Antonín Dvořák's "Serenade in D Minor," Pyotr Ilyich Tchaikovsky's "Serenade for Strings in C Major," and Deng Yu-sian's (鄧雨賢) "Bāng Chhun-hong (望春風)." The latter was rearranged by none other than the late maestro Tyzen Hsiao (蕭泰然).

Taiwan Public Television Service (PTS) Chair Tchen Yu-chiou (陳郁秀) commented that the COVID-19 pandemic has disrupted lives around the world and has had a serious impact on the arts, culture, film, and audiovisual industries.

In 2017, PTS established the PTS Plus+ website, complete with 4K ultra-high definition equipment, she explained, noting that it was good timing as PTS can now broadcast live concerts. Through online engagement, NSO would have more opportunities to reach a wider audience and further promote Taiwan's artistic brand on the world stage, she added.

Executive and Artistic Director of the National Theater & Concert Hall (NTCH) Liu Yi-Ruu (劉怡汝) remarked that live-casting online is the next page in history for the performing arts industry and a profound milestone for international cultural exchanges connecting Taiwan with the world.

Taiwan conductor Lu has won first prizes at renowned international competitions, appeared regularly as guest conductor at several world-renowned opera houses, and worked frequently with many leading European orchestras. He was chief conductor of the South Denmark Philharmonic from 2014 to 2017 and has been the music director of NSO since 2010.

Jointly presented by the Taipei-based National Theater Concert Hall and Taiwan Public Television Service, the "Orchestral Weave" online concert will go live on May 24 at 7.30am Eastern Standard Time, or 7.30pm Taiwan Standard Time, on YouTube and PTS Plus+.

Program details for the May 30 and June 12 concerts will be revealed at a later date on NSO's Facebook page.