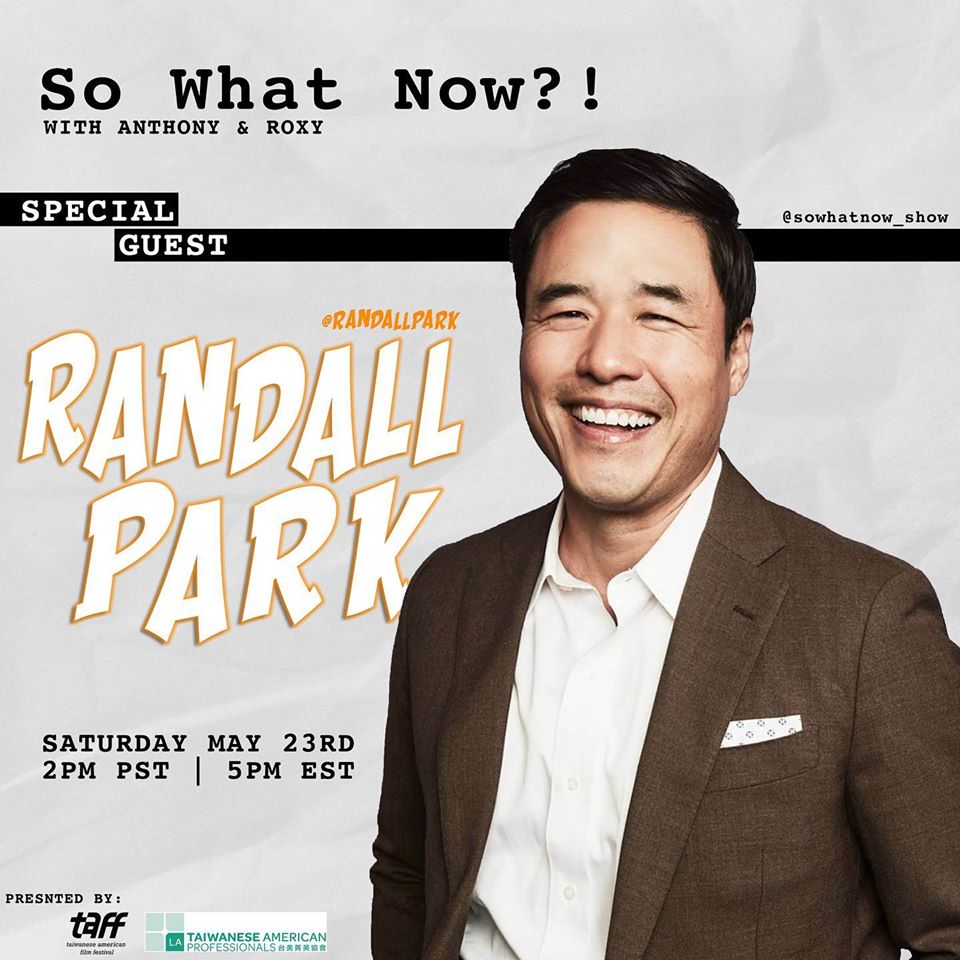 The 4th Taiwanese-American Film Festival (TAFF) will launch its first outreach event on the virtual talk show "So What Now?!" on May 23. "So What Now?!" is a one-hour interactive variety talk show featuring special guests from the Asian-American community and hosted by former TAFF festival directors Anthony Ma and Roxy Shih.

In this edition, the virtual talk show will host actor Randall Park, who is known for being Louis Huang in the popular ABC show "Fresh Off The Boat," one of the first US television sitcom starring an Asian-American family. Park, who appeared in the 2014 film "The Interview" as well, also co-wrote and starred in the 2019 rom-com "Always Be My Maybe" and has won the Critics' Choice Television Award for Best Actor in a Comedy Series twice.

In the talk show, Ma and Shih will share their backgrounds as Taiwanese-American filmmakers, and how their involvement with Taiwanese-American Professionals-Los Angeles (TAP-LA) and TAFF have supported them and the filmmaking community around them.

They will lead the audience through relevant topics and comedy sketches, and interview Park on how he finds creativity during the pandemic, as well as his thoughts on the future of Asian-American identities and cultures in today's climate. Park will then lead a workshop incorporating creative exercises to inspire viewers and host an interactive Q&A.

The Taiwanese-American Film Festival was launched in 2017 to showcase film and media works by Taiwanese-American and Taiwanese cinema artists. As a platform for diverse storytelling, TAFF has proudly held three successful years of events, scouted top emerging talents, and bridged generations and cultures. With support from the Taiwan Academy in Los Angeles, there will be two more outreach events and workshops prior to the film festival, which is set for October 2020.

The "So What Now?!" episode featuring Park will begin streaming on Facebook on May 23 at 2pm PST.