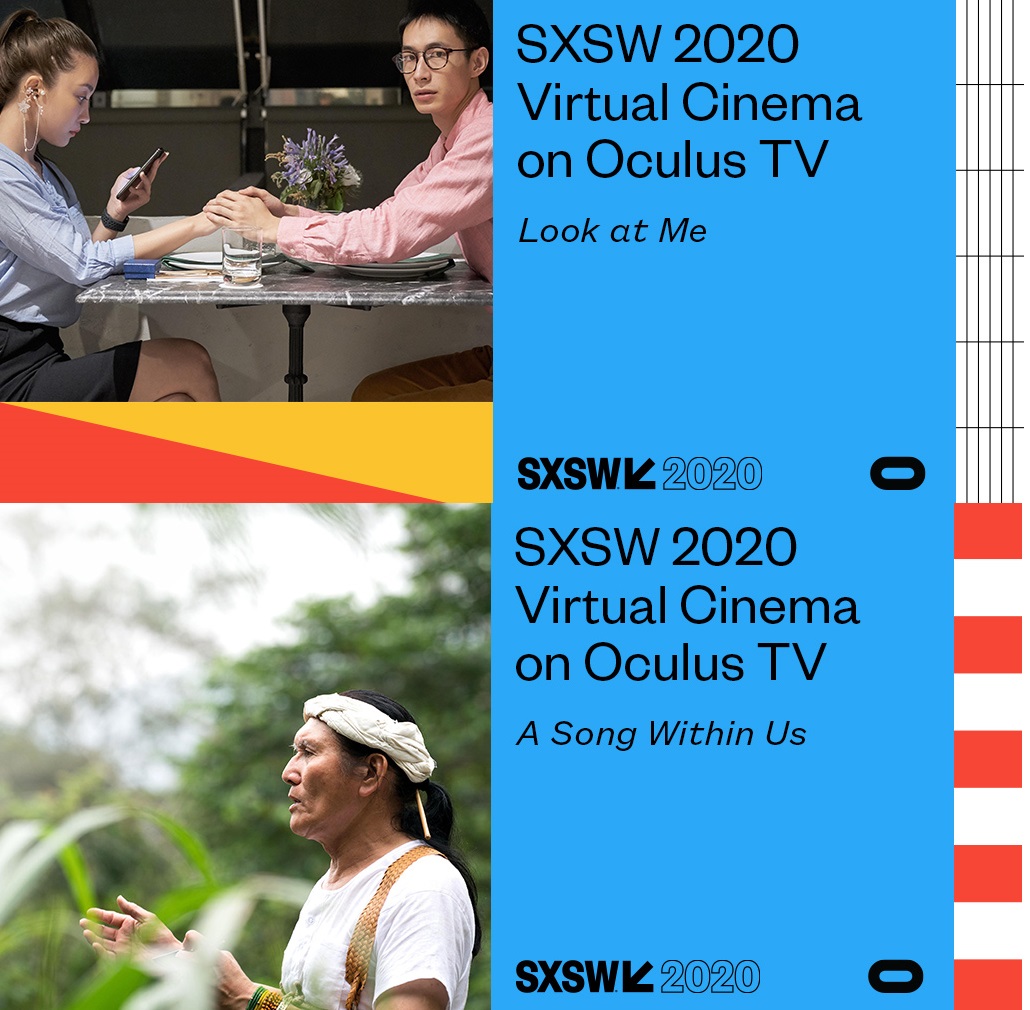 The 2020 South by Southwest (SXSW) Film Festival has unveiled a new collaboration with Oculus TV — "SXSW 2020 Virtual Cinema on Oculus TV" — to present seven projects from its annual Virtual Cinema Competition. Two Taiwanese VR films titled "Look At Me (看著我)" and "A Song Within Us (Oli邊境)" have been selected and are set to launch globally from May 22 through 31.

In light of the COVID-19 pandemic and the cancellation of the physical SXSW festival, the event organizers still wanted to offer global viewers an opportunity to experience stories alongside the storytellers and showcase how virtual reality can take users to new heights, while still maintaining social distancing.

﻿"Look at Me" is a melodrama short with an anti-VR and -smartphone message. Through the perspective of the protagonist Zhang, the audience learns of his uneasiness about the status quo of everyone in the near future becoming addicted to the virtual world.

Zhang has a troubled relationship with his girlfriend, who he feels no longer looks at him anymore and has a preference for cybersex. A failed rendezvous with his girlfriend leads Zhang to wander the city at night, where he discovers a club where everyone gives up the virtual world for physical fighting and engaging in "real" interactions where everyone actually looks at each other during conversation.

"A Song Within Us" is an interactive theater experience, where the viewers will mimic the tribal leader on stage who will teach them to sing together and even offer visual and audio feedback for their efforts. The VR short, which is derived from a rehearsal scene preparing for a theater performance, is produced by contemporary artist and indigenous director Fangas Nayaw (陳彥斌) of Anarchy Dance Theatre (安娜琪舞蹈劇場).

"A Song Within Us" is a powerful piece showcasing how Taiwan's indigenous peoples believe that music and dance serve as a bridge to communicate with their ancestors. Every step and music note is a moment that is shared with the soil and a reminder to never forget their identity and roots.

Participating projects will be available for free on Oculus TV from May 22 through 31, 2020.