Watch 'The Great Buddha +' online for free on May 15 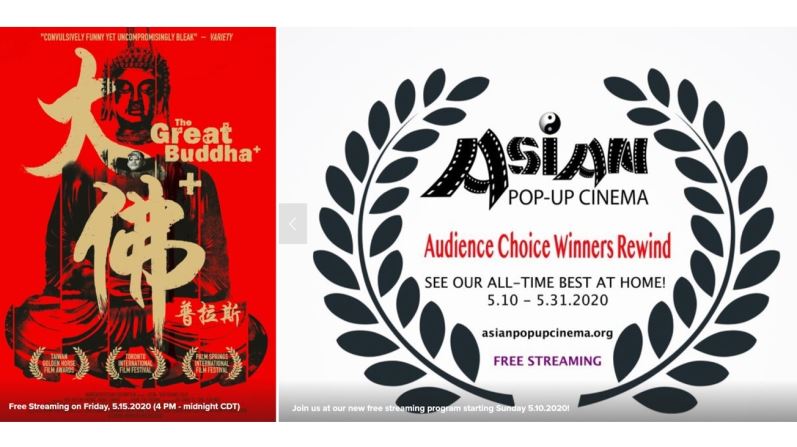 Director Huang Hsin-yao (黃信堯) is the mastermind behind Taiwan's 2019 foreign-language submission to the Academy Awards — "The Great Buddha + (大佛普拉斯)." Watch the Season Six winner of Asian Pop-up Cinema's Audience Choice Award for free on May 15 as part of the Chicago-based organization's efforts to promote non-mainstream digital content amid the COVID-19 pandemic.

"The Great Buddha +" is a noir comedy that looks at political corruption through the eyes of two disenfranchised, lonely misfits. A nighttime security guard at a Buddha statue factory and his recycle-collecting friend enjoy cheap pleasures in the grey guardroom by peeking at dashcam footages that document the colorful private life of the factory owner, until they discover a dark secret they cannot handle.

A sharp black comedy with a surrealistic touch, "The Great Buddha +" bitterly satirizes Taiwan's corrupt politics, religious hypocrisy, and the cruel barrier between the rich and the poor.

From writer-director Huang, who won the best new director title at Taiwan's Golden Horse Awards in 2017, this acclaimed feature film is expanded from a short film. This compulsively watchable drama was the winner of the NETPAC Award at the 2017 Toronto International Film Festival and Variety said it is "arguably the best film to emerge from a year of exciting resurgence in Taiwan."

Huang even visited Illinois in 2018 for a post-screening Q&A when the film screened at Chicago's only pan-Asian film festival. Asian Pop-Up Cinema is a semi-annual film series that shows a series of specially curated films from across Asia to foster appreciation for diverse Asian cultures.

"The Great Buddha +" is scheduled to be streaming for free on May 15 from 4pm to 12 midnight. Please register here to receive a private email with link and password that will remain active for 8 hours. Thank you and enjoy!