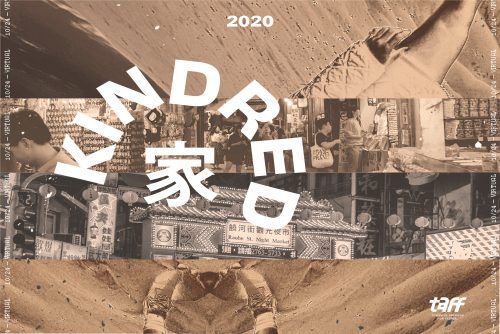 The Taiwanese American Film Festival (TAFF) will take place on Oct. 24 via the streaming platform Bingewave, featuring the unique cinema of Taiwan, and a series of events. The well-received family drama "Synapses (那個我最親愛的陌生人)" will also have its North American premiere at the annual festival.

Now in its fourth year, the TAFF will kick off with a film industry-themed panel, featuring producer Joan Huang, filmmakers Jay Chern, and Christopher Au. The panel will be followed by the screening of 13 Taiwanese short films, part of which have been selected for established U.S. film festivals, including the Los Angeles Asian Pacific Film Festival, the Asian American International Film Festival, and CAAMFest.

The festival will also feature a competition of the 13 cinematic works. Jurors from the film industry will select winners for the Grand Jury Award, the Cultural Spotlight Award, and the Audience Award with prize ranging from US$1,000 to US$2,000. The awards ceremony will also be presented during the online live event.

The one-day festival will be concluded with the screening of "Synapses," a feature that depicts the repressed life of an elderly veteran who suffers from dementia. Directed by renowned filmmaker Chang Tso-chi (張作驥), "Synapses" was nominated in four categories at the 56th Golden Horse Awards in 2019.

The film's leading actress Lu Hsueh-feng (呂雪鳳) and producer Kao Wen-hung (高文宏) will join the post-screening Q&A. During the session, the pair will share with the audience the real-life story that inspired the 2019 film and also offer a glimpse of the development of Taiwanese films.

All participating films are geo-blocked to the U.S., visit here for more information about the full line-up and the festival.