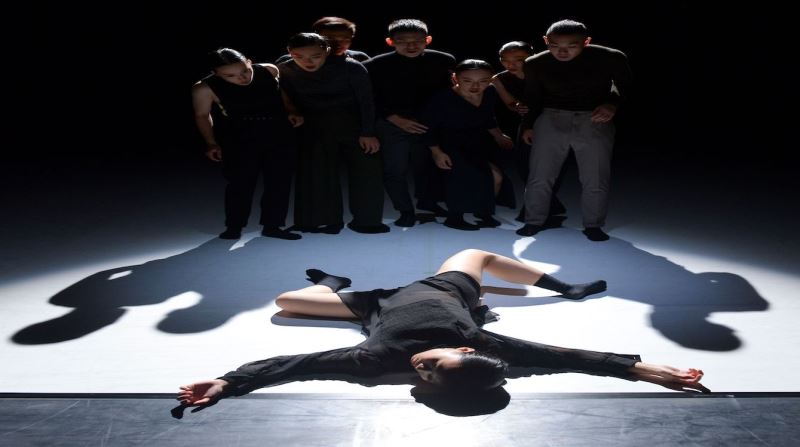 Taiwan dance troupe "B.Dance (丞舞製作團隊)," has been invited by Fundación CorpArtes (聖地牙哥藝術基金會) in Chile to virtually present its production "Rage (怒)" on their digital program platform from Apr. 5 through Apr. 30.

"Rage" had originally premiered at the Concert Hall of Taipei National University of the Arts in 2018. The program was inspired and influenced by social events in Taiwan, and the title was inspired by the Japanese film "Rage (怒り)." The formation of Chinese character "怒" (rage) means the enslaved mind that drifts between doubt and trust. This creation echoes to the feelings of uncertainty, anger and distrust in people's minds due to the pandemic. Additionally, there will be a virtual talk with B.Dance Artistic Director Tsai Po-cheng (蔡博丞) on Apr. 8, and attendence is free for worldwide audiences via Zoom, Facebook and YouTube channel of Fundación CorpArtes.

Founded in 2014 and led by Artistic Director & Taiwanese choreographer Tsai Po-cheng (蔡博丞), "B. Dance" is one of the emerging contemporary dance companies in Taiwan. Tsai developed a unique choreographic language and style that combines traditional Asian movements, martial arts and contemporary dance. His famous piece, "Floating Flowers," has toured in Europe and has been awarded by numerous international choreography competitions. Tsai was also awarded Choreographer of the Year 2018 by the German magazine Tanz, and received the prize for choreographic revelation at the 57th French Palmarès du Prix du Syndicat professionnel de la critique Théâtre, Musique et Danse in 2020.