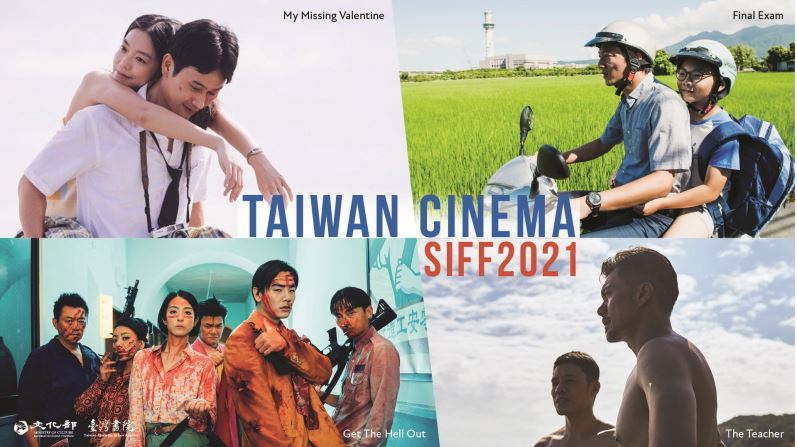 Four Taiwanese films will be screened virtually at the 2021 Seattle International Film Festival (SIFF) from Apr. 8 through Apr. 18. With the support from Taiwan's Ministry of Culture and Taiwan Academy in Los Angeles, the lineup includes the four Golden Horse awards' winner "My Missing Valentine (消失的情人節)," "Final Exam (期末考)," "Get The Hell Out (逃出立法院)," and "The Teacher (我的靈魂是愛做的)," which will be available on-demand at SIFF's streaming portal.

Besides film screenings, SIFF partners with Taiwan Studies Program, the Henry M. Jackson School of International Studies at the University of Washington (UW), to host a "Taiwanese Filmmaker Roundtable" - which will connect Taiwanese filmmakers virtually via Zoom with the students of UW. The filmmakers will share the stories of Taiwanese cultural essence and the development of Taiwan's film industry.

Founded in 1976, SIFF is among the top film festivals in North America. In response to the COVID-19 pandemic, SIFF will take place virtually in April, showcasing 92 features and 126 shorts from 69 countries.