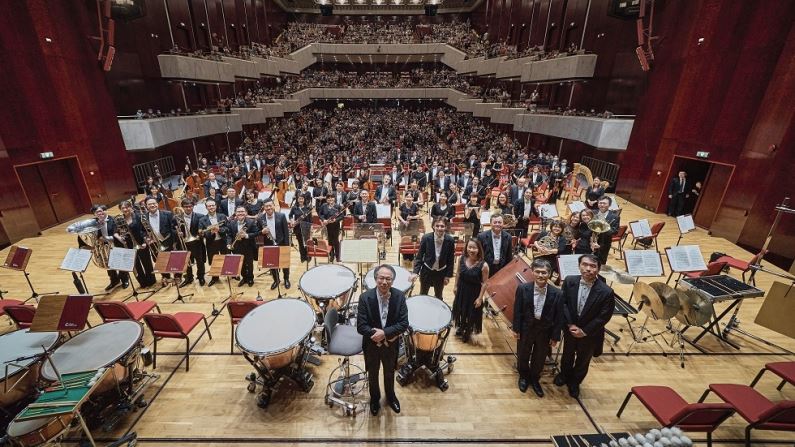 With the support from Taiwan's Ministry of Culture, Taiwan Academy of the Taipei Economic and Cultural Office in Los Angeles, partnering with Sundays Live of the Los Angeles County Museum of Art (LACMA), presented a virtual concert by the National Symphony Orchestra (NSO) from Taiwan on May. 2.

In "The Angel from Formosa (來自福爾摩沙的天使)," composed by Hsiao, the French horn represented the elegant minds of angels and the main theme began with flute-playing. Lin's "Song of Reverberant Emerald (嘹聲長吟)" and Wang Hwang's "Hakka Fantasy (客家幻想曲)" illustrated Taiwan's unique Hakka cultural images, such as Hakka folk songs, roundhouses, and Tung blossoms in the form of classical music.

NSO, also internationally known as the Taiwan Philharmonic, was founded in 1986 and has been affiliated with the National Performing Arts Center Since 2014. NSO has become one of the leading orchestras in Asia and has toured regularly overseas including France, Italy, Switzerland, Germany, Belgium, Poland, Austria, the US, Canada, Japan, and South Korea. In 2016 and 2018, NSO toured at great venues in the US, and the concerts won much acclaim.

Established in 1948, LACMA's Sundays Live is the longest-running live music broadcast in Los Angeles. Since 1990, it has presented weekly classical chamber music concerts and recitals at the Leo S. Bing Theater in LACMA.

The virtual concert is free for worldwide audiences in both audio and video formats, via Mixlr and YouTube. For more information, please visit here.