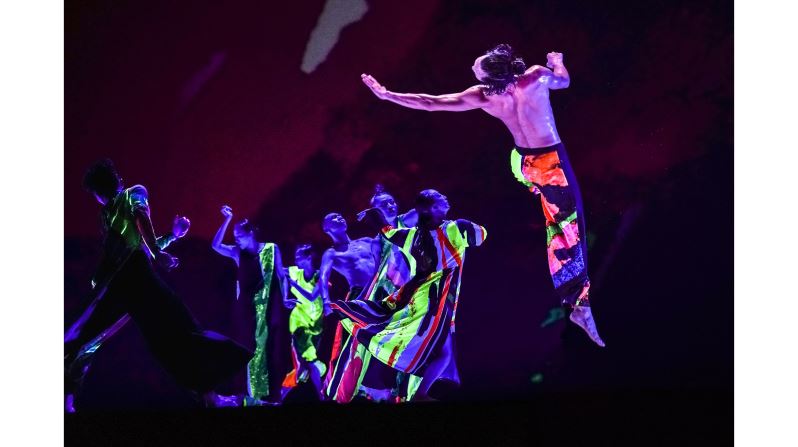 Taipei Cultural Center in New York, in collaboration with Cloud Gate Dance Theatre of Taiwan and Auditorium Theatre in Chicago, presents "Behind-the-Scenes: Creation of 13 Tongues" video series for the audience around the world from May 13 to May 23.

Created by Cloud Gate's Artistic Director Cheng Tsung-lung (鄭宗龍) and commissioned by National Theater & Concert Hall (Taipei), 13 Tongues is based on stories from Cheng’s mother about a street artist in the 1960s named Thirteen Tongues.

This legendary story-teller was said to portray multiple roles of all walks of life in Bangka (艋舺), the oldest district in Taipei City, rich with temples, religious rites, and festive parades. In this piece, Cheng transforms his childhood memory of the Taoist rites and bustling street life of Bangka into a fantasy world.

Director of Taipei Cultural Center in New York Chang Hui-Chun (張惠君) pointed out that "Behind-the-Scenes: Creation of 13 Tongues" decrypts the making of a contemporary dance, and introduces the essence of Taiwanese arts and cultures in our daily life.

She added that it is meaningful as the episodes not only introduces Cloud Gate to the world stage it also shares the rich and diverse cultures of Taiwan with the world.