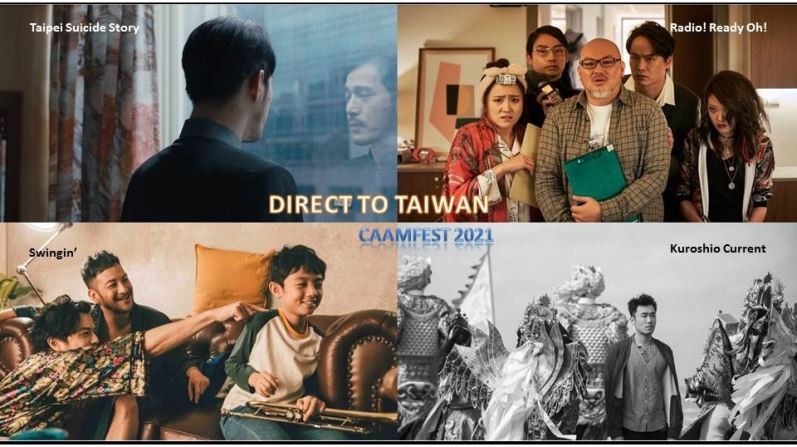 As the U.S. recovers from the pandemic, Taiwan Academy in Los Angeles and CAAMFest will be launching "Direct to Taiwan" program for the first time from May 13 to 23.

"Taipei Suicide Story" is about a receptionist at a suicide hotel who forms a fleeting friendship with a guest who is unable to decide whether to live or die. "Radio! Ready Oh!" is about a crazy battle that arose as a result of a radio station facing bankruptcy.

Directed by Lai Kun-yu (賴坤猷), "Kurushio Current" revolves around a 30-year-old Taiwanese man who embarks on a surreal journey where he faces the struggles and conflicting feelings about his family and hometown.

"Swingin'," directed by Shang Sing-guo (郭尚興), is an LGBTQ comedy about an 11-year-old boy bullied in school because of having gay fathers. It is the first dramedy or music film of its kind since Taiwan became the first country in Asia to legalize same-sex marriage in 2019.

As the largest Asian American film festival in the U.S., CAAMFest is an 11-day innovative feast of films, music, food, and digital media. Entering its 39th year, CAAMFest will continue to be an anchor event celebrating Asian Pacific American Heritage Month, showcasing over 100 films with a schedule of over 50 events. For more information about Direct to Taiwan, please visit https://caamfest.com/2021/programs/direct-to-taiwan/.