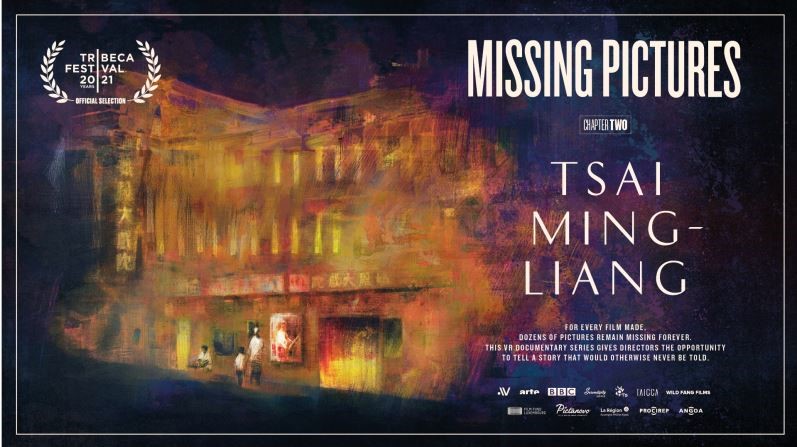 The Taiwanese-French co-production "Missing Pictures Episode 2: Tsai Ming-liang (大師狂想曲：蔡明亮)" will have its world premiere at the 2021 Tribeca Film Festival (TFF) and compete for two awards — Best Immersive Narrative and Best Creative Nonfiction Experience. It is the fourth consecutive year that a Taiwanese VR film has been selected for the TFF.

"Missing Pictures Episode 1: Birds of Prey," the first of Deneux series of documentary shorts, in which American filmmaker Abel Ferrara talks about his film that never got off the ground, was highly acclaimed, and, in "Missing Pictures Episode 2: Tsai Ming-liang" internationally-renowned filmmaker Tsai Ming-liang shares the untold story of his childhood.

Tsai said that he is pleased by the episode's selection and delved into more details on the process behind its production, stating: "The biggest difference between this project and my other VR production, 'The Deserted (家在蘭若寺),' is that I am now in front of the camera instead of being behind it. I shared my story and my body as components of the story. Through the delicate production and visual technology, I am still a little anxious about the final product, and hope it turns out to be a great project."

"Missing Pictures Episode 2: Tsai Ming-liang" is also supported by Taiwan Creative Content Agency's (TAICCA, 台灣文化內容策進院) Immersive Content Grant for International Co-funding and Co-Productions. Moreover, TAICCA provided its IP Lab's 4DViews volumetric video capture systems to the production team for capturing Tsai’s facial expressions and gestures during the interview. All of the images in addition to the narrative were recreated in animation and then placed in the scene.

Celebrating its 20th anniversary, the New York City-based Tribeca is a platform for creative expression and immersive entertainment. The 2021 Tribeca Film Festival will run from June 9 to June 20 in a hybrid format. For more information, please visit https://tribecafilm.com/.