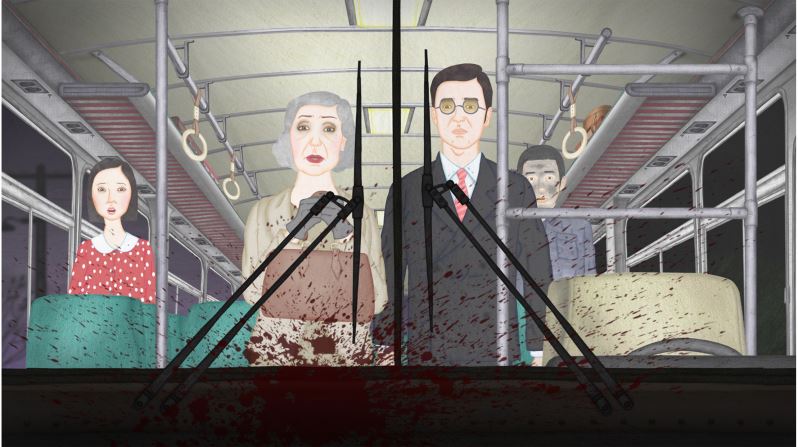 "Night Bus (夜車)," an animated short film by director Joe Hsieh (謝文明), has been selected as one of 59 short films from 26 countries in the "International Animation Short Films" program to be screened at the 2022 Sundance Film Festival scheduled for Jan. 20 to 30 next year.

"Night Bus" is a 20-minute film which unfolds a series of intriguing turn of events that happened on a late-night commuter bus after a necklace that belonged to an elderly lady was stolen. To present the characteristics of Taiwan, Hsieh highlighted the use of both Mandarin and Hoklo in the film. The role of the elderly lady in the animation is voiced by Taiwanese actress Chen Shu-fang (陳淑芳), who won the Golden Horse Award last year.

Hsieh's works frequently explore the dark side of human nature and are imbued with thrilling suspense. "Night Bus" not only received Grand Prix at Animafest Zagreb and Public Prize at Ottawa International Animation Festival but also represented Taiwan to compete at the 94th Academy Awards for the Best Animated Short Film. The short film also won a Golden Horse Award in 2020, and a Special Jury Mention at the Clermont-Ferrand International Short Film Festival in France in February this year.

Hosted by the Sundance Institute, the Sundance Film Festival brings artists and audiences together for the premieres of groundbreaking work each January. During the year, the Institute also hosts a variety of public programs to amplify original voices, foster new ideas, and rally our community in support of independent storytelling.

For more information on the screening times for "Night Bus" at 2022 Sundance, please visit the official site here.