NYC to screen documentary of Taiwan eco-artist on a mission 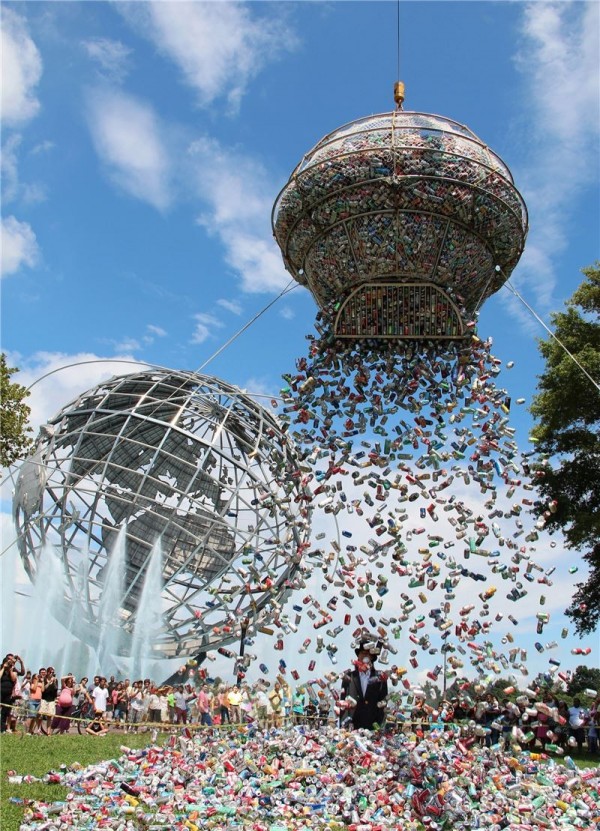 "Face the Earth,” a documentary on Taiwanese performance artist Yang Chin-chih (楊金池) and his lifelong focus on the global culture of waste, will be screened for free at Queens Museum in Brooklyn on Nov. 18 and at the Anthology Film Archive in Manhattan on Nov. 19.

Multidisciplinary artist Yang uses interactive performances and installations - often made with "trash” such as bottles, plastic bags, and computer relics - to explore natural ecology and constructed environments. He works with discards so often that he has coined the word "trashion” to describe the process of transforming excess waste into drastically new forms.

Employing bizarre body language and outlandish physical presence to convey humor and irony, Yang strives to bring about a more direct awareness of the effects of contemporary technology and engender compassion for all of humanity. In a 2009 review, Holland Cotter of The New York Times called one of his projects "a magical Tunnel of Love.”

"Face the Earth (肉身搏天),” directed by Chiayi-born documentary maker Huang Ming-chuan (黃明川), is interspersed with interviews of those who have worked with the artist, including Tom Finkelpearl, Commissioner of Cultural Affairs of the City of New York; Michael L. Royce, Executive Director of the New York Foundation for the Arts; and Peini Hsieh, Former Commissioner of Department of Cultural Affairs, Taipei.

So come sit alongside Yang and passersby in New York City's storied Union Square, on a giant block of ice and ponder a world without polar ice caps by 2050. Or watch as truckloads full of aluminum cans cascade over Yang's head as a call for attention to the vast amount of waste generated by humanity - the average person goes through 30,000 cans in his or her lifetime.

Graciously "Face the Earth” is not just a documentary on excess and regret, but also a strong call for action. From learning how to make sturdy cloth out of discarded potato chip bags to other ingenious inventions, Yang's brand of environmental activism is refreshingly practical and alarmingly on point.

Artist and documentary director will be in attendance for both screenings.