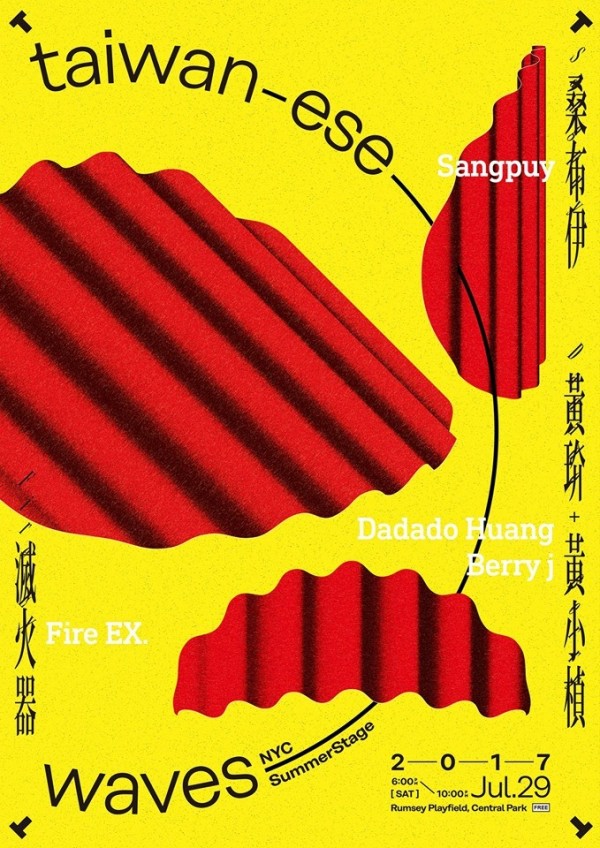 Kaohsiung-based punk rock ensemble Fire EX enjoyed a strong underground reputation for over a decade before breaking through to mainstream popularity with "Island's Sunrise (島嶼天光),” which became the adopted anthem of the 2014 Sunflower Movement in Taiwan. Despite the politicization of their songs, Fire EX remains dedicated to making music for music's sake, as a "rock band doesn't need any tricks.”

Huang, 39, is a singer-songwriter gifted with a dulcet voice and a penchant for soft melodies. For SummerStage NYC, he will be accompanied by his acoustic guitar and fellow Taiwanese indie sensation Berry J, 44, best known for weaving pop with natural, peaceful sounds.

Sangpuy, an old soul in a young body, hails from the Pinuyumayan community of Katatipul in Taitung. His Puyama roots combined with a dynamic voice and lush metaphors of nature provide those who listen with a soothing cure for the embattled modern soul. "The only thing you need is tranquility,” he says, rejecting the need for glamorization.

Fire EX, Dadado Huang and Berry J, and Sangpuy will perform in a four-hour segment called "Taiwanese Waves” at Rumsey Playfield in Central Park as part of 2017 SummerStage, a month-long series of open-air concerts organized by the City Parks Foundation. Entrance opens at 5pm to the admission-free event. Find out more at www.cityparksfoundation.org.