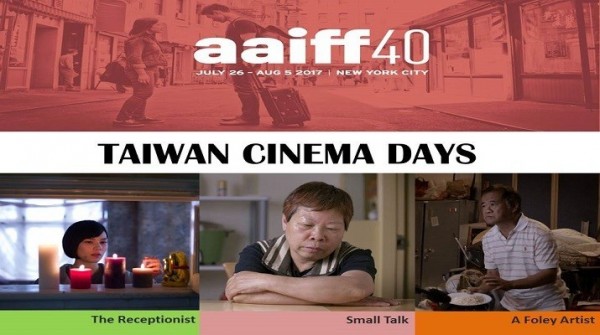 Huang Hui-chen (黃惠偵), director of the award-winning queer documentary "Small Talk (日常對話)” on relations with her closeted mother, will meet with cinemagoers on July 29 as part of the 40th Asian American International Film Festival.

As Taiwan's highest court rules in favor of same-sex marriage in a landmark ruling in May 2017, Huang's unassuming documentary is making waves of its own, capturing honors such as the top prize at the 2017 Teddy Awards, which honors films with queer themes at Germany's Berlinale.

But for Huang - a woman who didn't finish elementary school, a single mother with a daughter, and a daughter who was once ashamed of her mother for bringing female lovers home - the film project started off as a personal initiative to understand her lesbian mother better after giving birth to her own daughter, Ping.

The autobiographical documentary was compiled in segments over two decades, following Huang's conflicting emotions as she lived under the same roof with a mother who kept almost everything to herself. The 150 hours of footage was edited down to 88 taunt minutes under the supervision of auteur Hou Hsiao-hsien himself.

"Small Talk” will be screened on July 29 at Asia Society as part of the film festival's Centerpiece program. Huang will be accompanied by producer Diana Chiawen Lee (李嘉雯). More information on the director can be found here.

Two other stunning Taiwan films will be screened at the film festival as well -"The Receptionist (接線員)” by Jenny Lu (盧謹明) and "A Foley Artist (擬音)” by Wang Wan-jo (王婉柔).

Based on a true tale that happened to the director's acquaintances, the first film follows a Taiwanese college graduate who gets a job as a receptionist at an illegal massage parlor nee brothel in London, and examines the personal conflicts many immigrants and first-generation Asians face when job hunting abroad.

The latter looks at the behind-the-scenes work of master Foley artist Hu Ding-yi (胡定一), whose inventive ways in crafting sound effects for motion pictures doesn't save him from a career crisis, and shedding light on the often forgotten sound wizards of Foley.