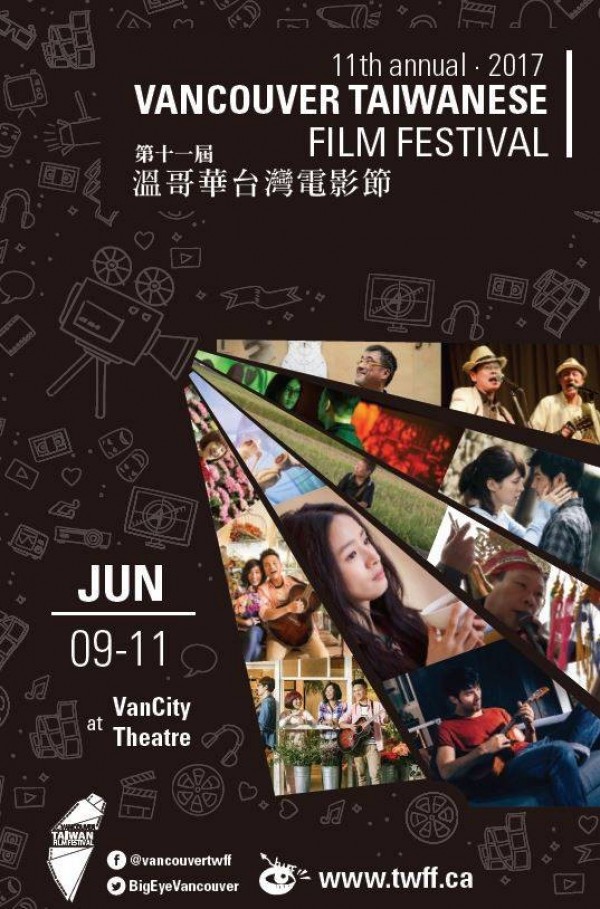 The Vancouver Taiwanese Film Festival returns on a grander scale and focus this year by offering 8 features, 8 short films and animations, two director meets, a pride-themed special, and one documentary screening to help filmgoers better understand the history and identity of the Taiwanese people.

From the controversial scenery of scantily clad salesgirls seeking betel-nut addicts ("Betelnut Girls”) and taboos dictated by superstition ("The Tag-Along”) to indigenous identity ("Hang in There, Kids!”) and filial pressure to marry and have kids ("My Egg Boy”), the TWFF's lineup for the features category examines the non-tourist side of Taiwan.

In the short films and animations section, the legacy of established Taiwanese directors is balanced nicely by the sheer creativity of young filmmakers who dream of a magic Polaroid that can turn foodie photos into real fare ("Gluttony”), the life of the stickman who appears ubiquitously across all public service stickers ("April 19”), and the plight of one forgotten deity ("Tiger God”).

The two directors in attendance this year are Hou Chi-jan, whose music-focused "Ode to Time” will be followed by a Taiwanese folk song performance by band JAGA, and Will Tiao, who will share his thoughts on the February 28 Incident after the screening of "Formosa Betrayed.”

The pride section will encapsulate some of the stirring sentiments and events that gave rise to Taiwan's gender equality movement - a daughter's need to connect with her closeted mother ("The Priestess Walks Alone”), a family's acceptance of an unexpected revelation ("The Door”), and the death of a queer student from being bullied ("The Rose Boy”).

A special drama reenactment will also be screened as a precursor to the Vancouver Taiwanese Film Festival to celebrate Canada's 150th birthday and the friendship between the two nations - "Mackay: The Black Bearded Bible Man” on June 8 will commemorate the beloved Canadian Presbyterian missionary and his contributions to the modernization of Taiwan.

All movies will have Chinese and English subtitles.