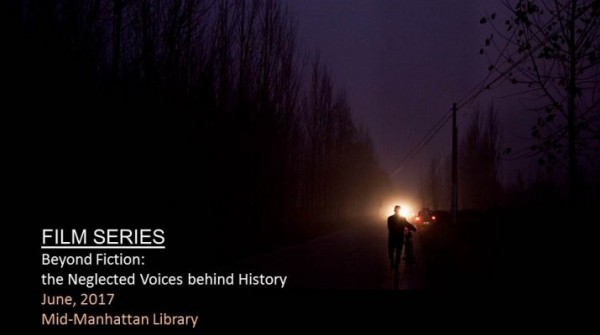 The Taipei Cultural Center in New York will host a four-part film series from June 4 through 25 to explore the neglected voices from contemporary Taiwanese and East Asian society and history.

"Hebei Taipei (河北臺北)” follows a former soldier's decision to separate from his family at the age of 60. The titular Hebei province was his homeland, from where he departed as a young man who joined the army to survive. How his colorful life will come to end in Taiwan will be revealed in the opening event on June 4.

"After Spring, the Tamaki Family… (海的彼端)” documents the largest Taiwanese immigrant family in Okinawa as they receive political refugee status during the island's three-decade US occupation. The family's 80-year legacy mired by the tides of modern East Asian history will be screened in New York on June 11.

"Absent Without Leave (不即不離)” is an attempt by the filmmaker to reconnect with his absent father. Taiwan-based Malaysian filmmaker Lau Kek-huat (廖克發) eventually uncovers even the untold stories of his grandfather's and Malaysia's hidden past; the shadows from Lau's family closet will come to light on June 18.

"Hang in There, Kids! (只要我長大)” follows three children on a journey from a secluded tribal village to the nation's capital with the mission of delivering their invalid teacher's singing audition tape. This coming-of-age film directed by Laha Mebow (陳潔瑤), the first female Taiwanese film director of indigenous ancestry, will be presented on June 25.

Delving into personal life stories as well as family memories, these films display the wide range of Taiwan's historical complexity, which is far greater and more varied than mainstream narratives may suggest.

All films will have their New York premieres in this admission-free series co-organized by the Mid-Manhattan Library's Sunday Movies program.

‘Beyond Fiction: The Neglected Voices Behind History'