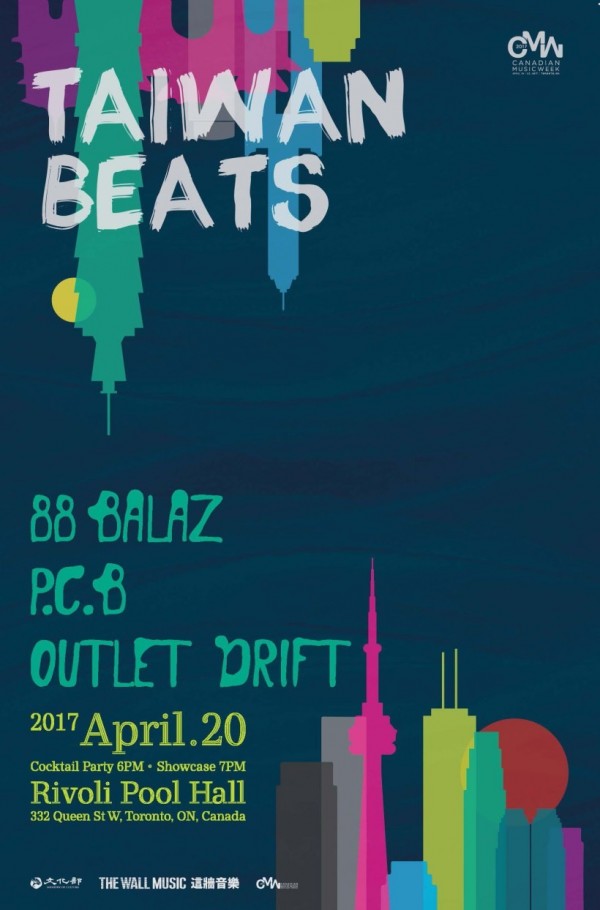 88 Balaz is a beast of a band to hear live. Rocking the blues coupled with profound guitar riffs, 88 Balaz has an electrifying presence, partly thanks to the husky voice of lead vocalist Balaz Lee. Now entering its third decade, 88 Balaz remains a free-spirited ambassador of noise.

Under the banner of "Taiwan Beats,” the three bands will each give two Toronto performances between April 19 and 21.