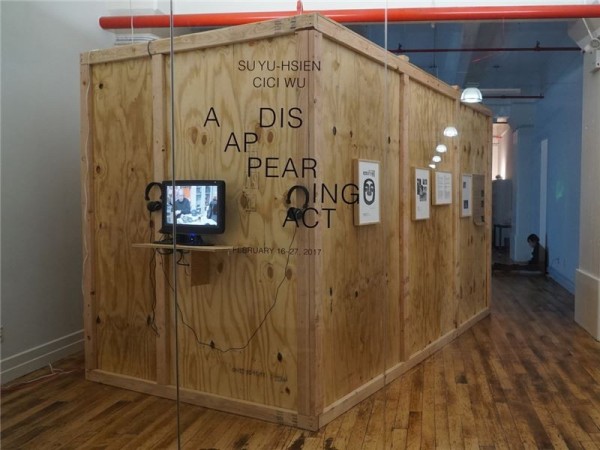 With "reconstruct and remake” as its theme, the exhibition will showcase two projects by Taiwan playwright Su Yu-hsien (蘇育賢) and Chinese artist Cici Wu (武雨濛), who has each reconstructed an unfinished or never-realized art project.

"Prophet (先知),” a play written by the late avant-garde Taiwanese artist Huang Hua-chen (黃華成), will be restaged by Su. Originally performed in 1965, the play had never been staged again since.

Su noted that "Prophet” marked the beginning of avant-garde plays in post-war Taiwan. It tells of a couple who started a quarrel while watching a play in the theater. Through conversation, the play explored the anxiety and state of mind of intellectuals over the embracement of modernity in post-war Taiwan.

Huang originally hoped to break the traditional form of theater by presenting the story as described in the screenplay; however, his director did not take this approach. Thus, Su invited the original actors to restage the play with Huang's initial approach while making a film to reinterpret Huang's play. The reconstructed edition will be presented in two-channel video.

To recreate the play's opening ceremony from 1965, when writer Chen Ying-zhen (陳映真) opened the play by breaking a gypsum-made gong, Su invited the same maker to produce a new gong. Though the gong was broken in the process, its broken pieces have been brought to the exhibition for display.

Wu, on the other hand, will reinterpret the unfinished film "White Dust from Mongolia” by American-born Korean artist Theresa Hak Kyung Cha (1951 - 1982). As a New York-based Chinese artist, Wu feels an affinity with Cha, which prompted her to re-interpret the film by using images, sculptures, and installations.

Wu noted that she has carefully studied the 85 storyboards and related documents left by Cha, and transformed them into her own concepts to bring the unfinished film to life.

She hopes to recreate the same construction and ambience of the original work, and make audiences feel and see the context of her memories, as well as experience Cha's sub-consciousness through the late filmmaker's daily sketches, writings, and storyboards.

Additional forums featuring dialogue between Su and Wu will be held on Feb. 23 and 27. Co-organized by the Triangle Arts Association and Asian Art Archive in America, the exhibition has also received support from the New York City Department of Cultural Affairs.