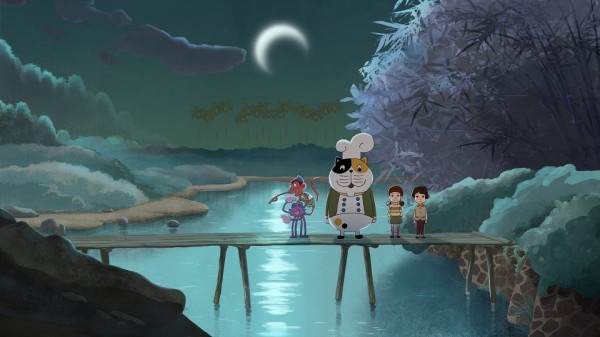 Two Taiwan-made short films will enjoy their North American debut in January as part of the BAMkids Film Festival 2017 in New York.

"Little Stone Lion (小石獅)” is a nonverbal animation about a diminutive stone lion who wants to be as brave and courageous as his parents and join their ranks as temple guardians. However, he soon faces his match when a hungry stray cat sneaks into the temple to ransack offerings on the altar table.

Directed by Tang Chen (湯晨), this Taiwanese film draws applause for its precise 3D animation and minute details of each frame. Although parents be warned that the cat does pounces on a cute mouse in an off-screen moment, the tale of two foes becoming unlikely allies resonates well with the universal messages of tolerance and friendship.

The second featured film, "Under the Persimmon Streetlight (柿子色的街燈),” is a tale of magical realism in which a young girl recruits a mystical friend to search for her dementia-afflicted grandmother. The poignant tale is based on an original story written by Hakka author Chen Su-i (陳素宜).

Directed by Guo Jun-ming (郭浚明), the 19-minute animated short contains several key elements from Hakka culture, including the significance of the eponymous persimmon. Parents should note that although the dialogue will be presented in Chinese and Hakka, English subtitles will be provided as well.

In association with Northwest Film Forum and TIFF Kids International Film Festival, the 19th edition of BAMkid Film Festival represents the best shorts and features from 27 countries around the world. 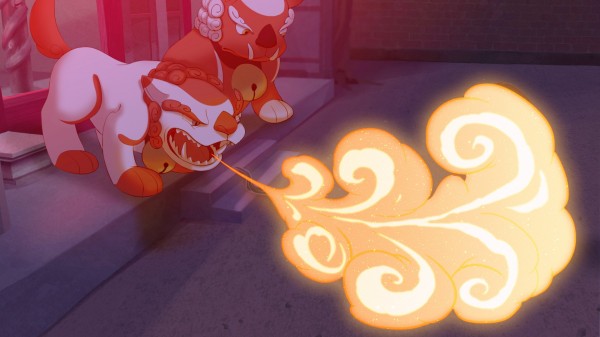