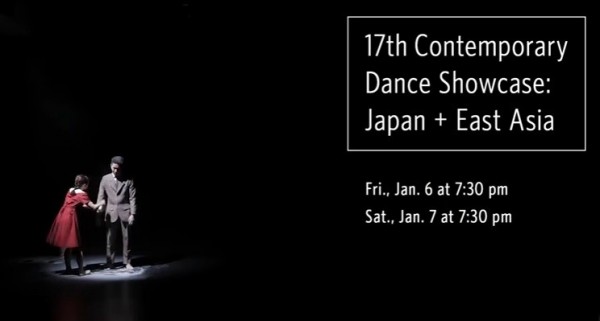 The Taipei Cultural Center in New York has partnered with the century-old Japan Society in New York once again to organize dance programs for the annual Association of Performing Arts Presenters (APAP) Conference. Taiwanese choreographers Liu Yen-cheng (劉彥成) and Tsai Po-cheng (蔡博丞) will respectively present "Tschüss!! Bunny” and "Hugin/Munin” at the Japan Society's Contemporary Dance Showcase on Jan. 6 and 7.

Liu, 30, was a recipient of the prestigious Luo Manfei Dance Grant (羅曼菲舞蹈獎助金), an annual creative scholarship bestowed by the world-renowned Cloud Gate Dance Theatre (雲門舞集). He is also the founder and artistic director of In Theater (在劇場).

"Tschüss!!Bunny” is named as such because the word "Tschüss” means "Goodbye” in German, but sounds like "Go away and die!” in Chinese. The work will explore the idea of life and death, and the concept of death as rebirth.

Tsai, 28, is the head of contemporary dance group B. Dance (丞舞製作團隊) and choreographer of "Hugin/Munin,” which was inspired by the two ravens that accompany the one-eyed Norse god Odin. Tsai conceptualized the story and deftly integrated martial arts into a 10-minute contemporary dance, in which Hugin represents 'thought' while Munin represents 'memory.'

Tsai captured first place for contemporary choreography at the 2015 Burgos-New York Choreography Competition, and 'Hugin / Munin' was lauded by Ana Cabo, former artistic director of the Madrid International Dance Competition, as the best performance she has seen in 14 years.

As the biggest non-profit organization for performing arts, APAP has members from around the world. Its annual conference takes place in New York City every January and attracts art agents who watch the showcases for prospective program purchases.