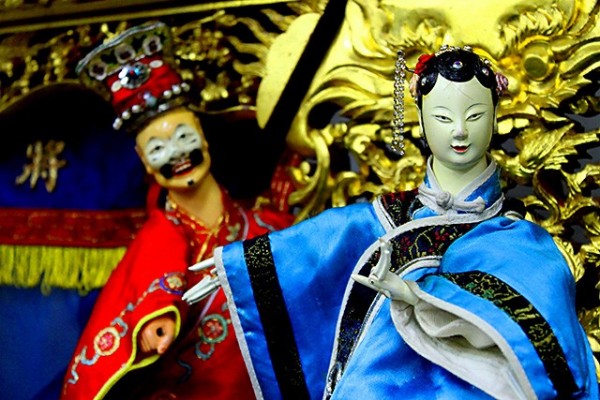 The annual Taiwanese Puppet Festival will return to the University of British Columbia on Nov. 5, this time to offer both traditional and contemporary interpretations of hand puppetry drama.

First up is the Happy Puppetry Company (真快樂掌中劇團), which is headed by the first female puppeteer to gain prominence in Taiwan. Founder Chiang Shi-mei's (江賜美) insistence to maintain a full traditional band of accompanying musicians has also helped preserve the essence of Taiwanese puppetry.

Puppet & Its Double also makes extensive use of object theater to fully develop play settings and characters, fleshing out classic Chinese myths like "Monkey King at Spider Cave” and Western tales such as Oscar Wilde's "The Happy Prince” to the delight of both children and adult viewers.

The puppetry festival is part of the Ministry of Culture's Spotlight Taiwan initiative. Meet the troupes at UBC's Museum of Anthropology on Nov. 5 and 6, in which the Taiwanese puppeteers will hold a special collaboration with First Nation artist Connie Watts.