Taiwan's lineup for the 2016 SXSW in Austin 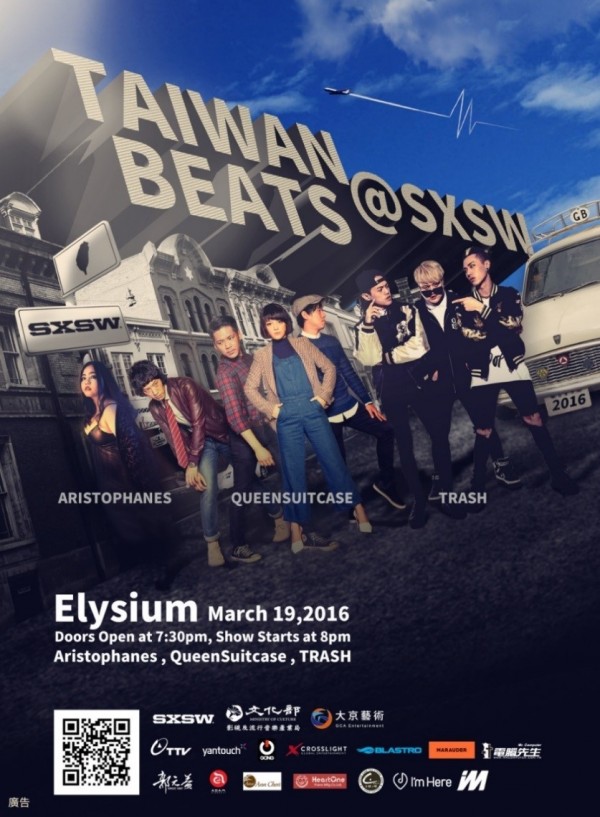 Representing Taiwan this year at the SXSW (South by Southwest) Music Festival are DJ Aristophanes (狸貓), TRASH, and Queen Suitcase (皇后皮箱). The three acts will hold their international showcase in Austin on March 19.

Indie band The Queen Suitcase embraced Motown and Surf and developed a musical personality that would not be remiss in a Quentin Tarantino film noir. The combination of the lead singer's sultry voice and post-punk guitar riffs pays homage to the golden age of rock.

The three promising Taiwanese acts will take the stage of Austin's Elysium night club on March 19, where they will be supported by DJ RayRay and April Red.

'Don't Forget We Were Awake That Day' by TRASH

'Killer.B' by The Queen Suitcase