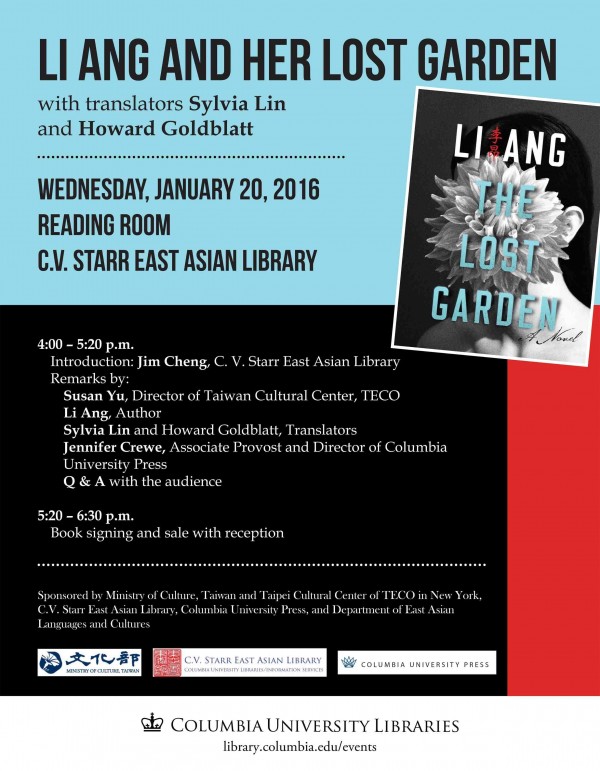 Contemporary Taiwanese writer Li Ang (李昂), author of the critically acclaimed novella "The Butcher's Wife (殺夫),” will return to New York on Jan. 20 to unveil the English translation of her 1991 bestseller, "The Lost Garden (迷園).”

"The Lost Garden” is Li Ang's first full-length novel and it is offered in three parts. It is the economic miracle of the 1970s, and the heroine and her gentry family live in a lavish microcosm complete with a lotus garden full of indigenous flora, but their lives are rooted in the island's colonial past and overshadowed by her father's arrest as an intellectual dissident by the Nationalist forces.

Her love interest, on the other hand, represents the aggression and hedonism that have encapsulated "New Taiwan.” The interplay of power, wealth, and romance between a genteel lady and a real estate tycoon, however, pales when conflicts in cultural and sexual identity run deep.

‘Li Ang and her Lost Garden'

Read more about the novelist here.