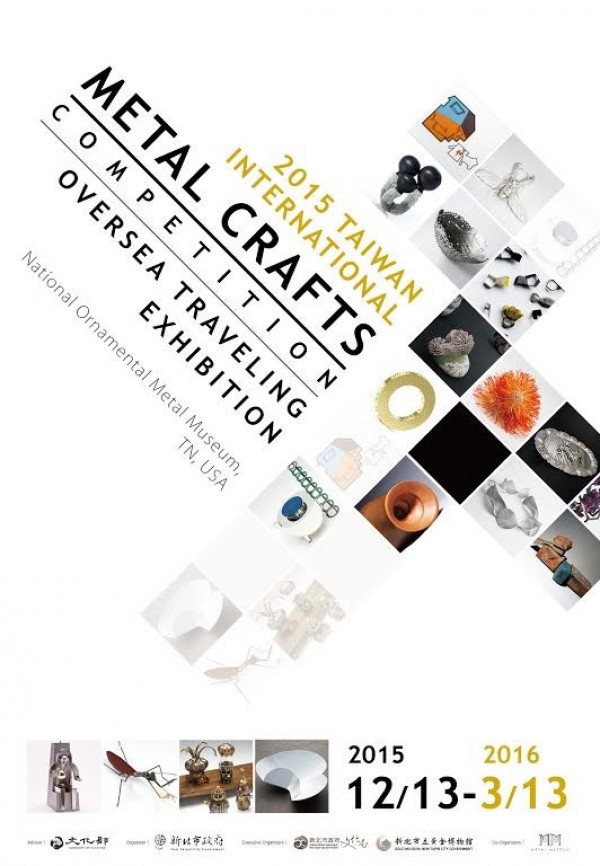 Metallic crafts and jewelry that have received acclaim from Taiwan's premier crafts competition will travel to Memphis as part of a worldwide tour showcasing the beauty of craftsmanship.

The traveling showcase titled "2015 Taiwan International Metal Crafts Competition” will feature 28 pieces, including 19 prize-winning works and 9 honorable mentions, selected from 330 entries that were submitted to the prestigious competition organized by the New Taipei-based Golden Museum this year.

Hosted by the National Ornamental Metal Museum in Tennessee, the Memphis leg of the showcasewill include Taiwan-made exhibits such as the "Flavor” silver tea set series by Chen Siou-yi (陳綉怡); the ornamental installation "Exist I-VI” by Jhang Hao-han (張皓涵); and a contemporary piece named "Soliloquy I” by Ou Li-ting (歐立婷).

Metallic works by noted artists based in other countries, such as Hiawatha Seiffert of Germany and Yojae Lee of South Korea, were invited to join the traveling exhibition as well.

The exhibition was made possible with the assistance of the Ministry of Culture, the New Taipei City Government, the Golden Museum, and the Taiwan Academy in Houston.