NYC exhibition to offer 'poetic portraits of the soul' 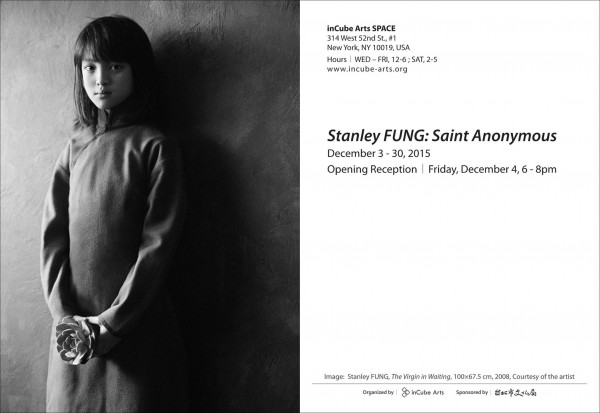 Taiwanese artist Stanley Fung (馮君藍), a pastor by vocation and a photographer by passion, will hold a solo exhibition in New York, offering stunning portraits of the soul from Dec. 3 to 30.

Fung, 54, was born in Hong Kong but raised in Chiayi. As son of a Methodist missionary, he embraced Christianity and the concept of humans as anxious, finite beings endowed with eternal consciousness.

To capture this coalescence of substance and divinity, Fung took up portrait photography, constructing a drama within a single frame to tell his unique view of humanity. He calls them "poetic portraits of the soul.”

The pastor photographer has been compared to Edward S. Curtis (1868-1952), the late American ethnologist who photographed and recorded Native American cultures.

"Human nature has always hovered between a bestial nature and divinity. What [Fung] captures is actually the process of awakening that occurs when one goes from being lost to being enlightened,” wrote a critic after seeing Fung's 2011 biblical series, "Dust Icons.”

An opening reception for Fung's New York exhibition, titled 'Saint Anonymous,' will be held on Dec. 4 at 6pm.

The pastor has two additional exhibitions coming up in December — Shanghai and Taipei. Find out more at StanleyFung.art on Facebook.