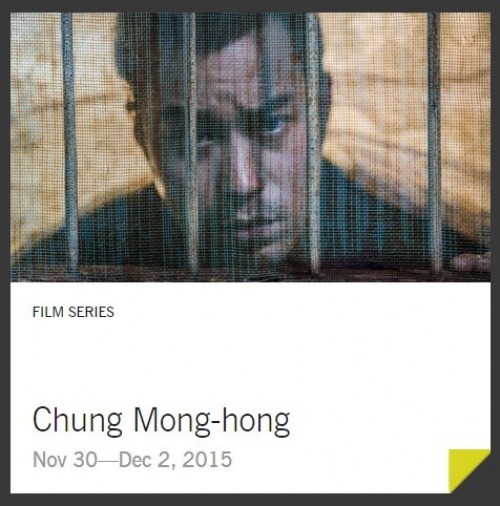 Taiwanese auteur Chung Mong-hong (鍾孟宏), the mastermind of Taiwan's latest wave of psychological horror films, will visit New York to partake in a special program at the Brooklyn Academy of Music (BAM).

The multi-arts center will screen all four feature films by Chung over a three-day period and the filmmaker will join Brooklyn filmgoers for two post-screening Q&A sessions on Nov. 30 and Dec. 1.

The opening film will be "Soul (失魂),” a Lynchian mind-melter featuring feverish, dreamlike, and unearthly shots that belie its blood-splattering storyline on a transmigrated soul. Corpses pile up as a taciturn father attempts to figure out who - or what - is inhabiting the body of his son.

Up next is "Parking (停車),” a bizarre dark journey into the night world of Taipei, in which a man's car is blocked by double parking in the quietest part of town and effectively trapping him for the night. Chance encounters with colorful characters - reformed mobster, loan sharks, runaway prostitute - highlights the nightmarish entrapment of contemporary relationships.

"Doctor (醫生),” a 2006 documentary that marks Chung's directorial debut, is another award winner. A poignant capture of two dichotomies - one remains hopeful, out of two teenage boys whose lives and deaths are fascinatedly intertwined; and one remains bereaved, as a parent and doctor.

The closing film will be "The Fourth Portrait (第四張畫),” for which Chung was named best director by the 2010 Golden Horse Awards. An atmospheric study of a child's lonely emotional life as he seeks to find out the truth behind his elder brother's permanent disappearance.