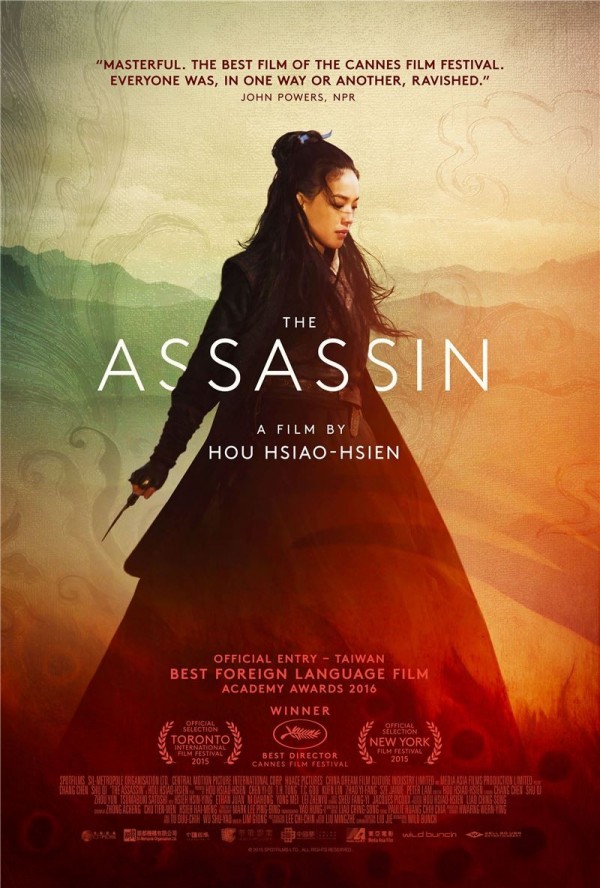 "The Assassin (刺客聶隱娘),” the Cannes-winning martial arts epic by renowned director Hou Hsiao-hsien (侯孝賢), will have its Houston premiere at the Museum of Fine Arts, Houston.

Touted as "a catalog of visual beauty and formal innovation” and "pure catnip” for cinephiles by The New York Times, the film takes place in ninth-century China during the height of the imperial Tang Dynasty. A deadly assassin lurks in the shadows, watching her childhood betrothed as she wavers between affection and professional duties.

Director Hou has professed his love for martial arts novels and Tang Dynasty legends became the foundation of "The Assassin.” He also stressed the need for realistic fight scenes, in which fighters "follow the rules of gravity” instead of flying through the air.

The impeccable portrayal of humanity and the classic atmosphere of the Tang Dynasty was augmented by the film's unique dialogue, which was sparse and spoken in antiquated Chinese to reflect the director's vision of that time period.

The film garnered five accolades at the 52nd Golden Horse Awards, including Best Feature Film, helped Hou capture the Best Director title at Cannes, and was named Best Film of the Year by the British Film Institute (BFI).It will also represent Taiwan to vie for the best foreign-language film at the upcoming Academy Awards.