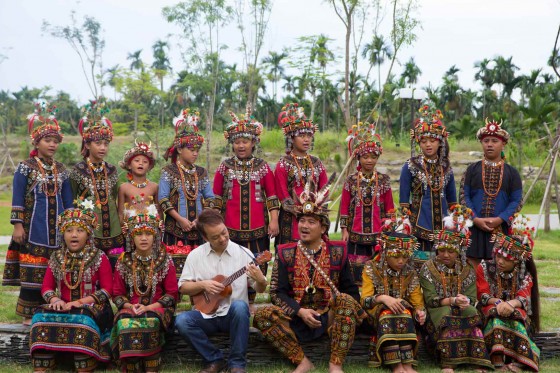 The six-time Grammy winner is known for his sincere performances on the ukulele, slack key guitar, and piano. His vocals have also been featured in films such as 2008 romantic comedy "Forgetting Sarah Marshall,” in which he sang the Hawaiian cover of Prince's "Nothing Compares 2 U.”

His album work with aboriginal tribes has also been recognized by Taiwan, as exemplified by the Golden Melody Award-winning releases "On a Gentle Island Breeze” and "To and From the Heart.”

Hailing from the indigenous Paiwan tribe in southern Taiwan, members of the Taiwu Children's Ancient Ballads Troupe practicesinging as an oral tradition passed down from their ancestors. The world-renowned group was voted one of the world's top five performance groups by audiences of Japan's "Amazing Voice” program.

The Aug. 14 concert, organized by the Asia Society Texas Center as part of the Ministry of Culture's Spotlight Taiwan program, will be free of charge.