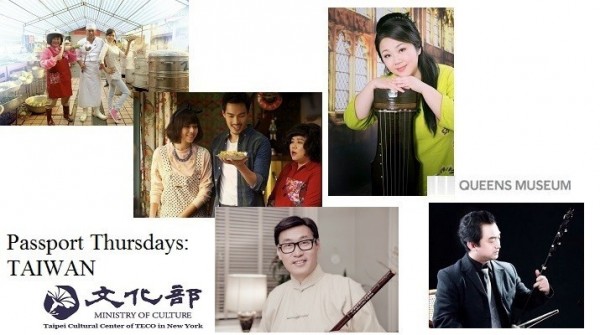 A Taiwan Night will be presented on July 23 as part of the "Passport Thursdays” outdoor series organized by the Queens Museum of Art in New York.

"Passport Thursdays” is an annual event that features performances and movies from regions such as Columbia, the Caribbean, India, South Korea, and South Africa. This year, the Taipei Cultural Center in New York has partnered with the Queens Museum to showcase Taiwan's cultural diversity to the residents of New York.

Their performances will be followed by the screening of "Zone Pro Site — The Moveable Feast (總鋪師),” a romantic comedy directed by Chen Yu-hsun (陳玉勳). The film illustrates Taiwan's outdoor banquet culture from its peak to its decline. The story circles around three legendary master chefs and a younger generation of aspiring chefs. Director Chen uses universal themes to appeal to a global audience, and expresses love and loss through the Taiwanese culinary culture.

"Passport Thursdays” will allow audience members to appreciate the beauty of Taiwanese culture by presenting classic music with Chinese musical instruments and introducing contemporary themes through Taiwanese film. There will also be free art workshops for families before the film starts, and participating galleries and cafés will remain open until 8pm.