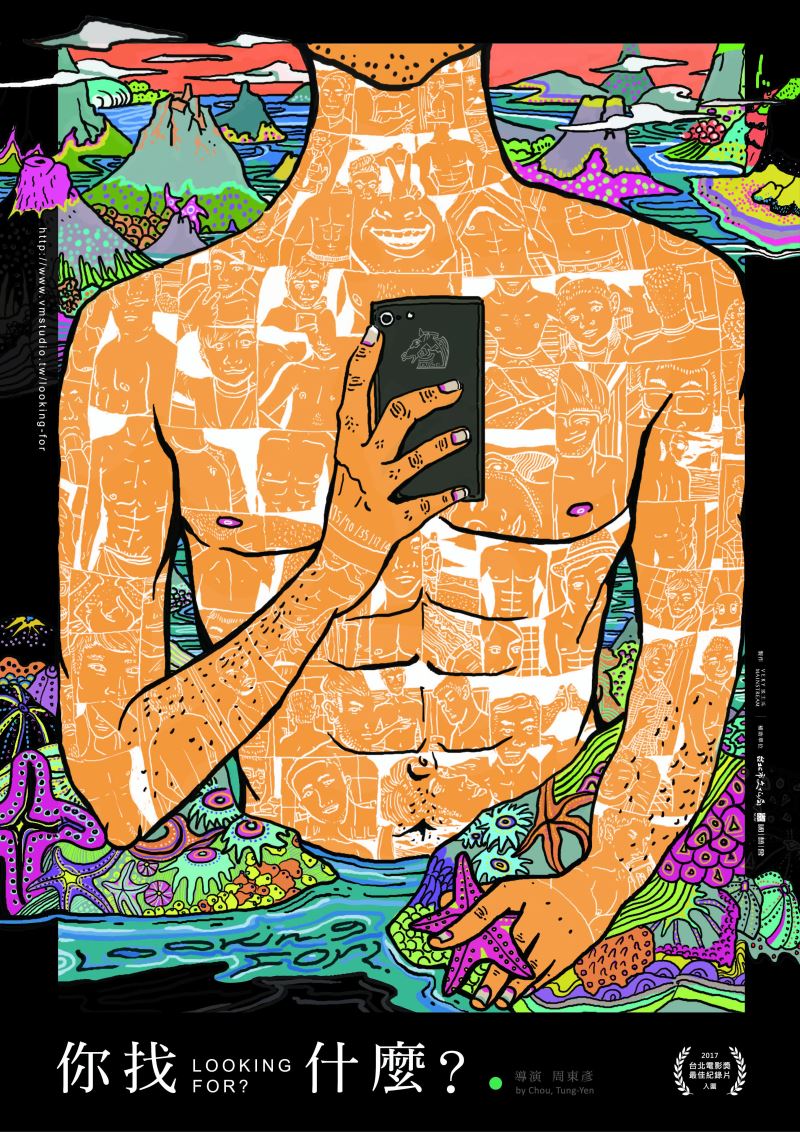 Taiwanese filmmaker Chou Tung-yen (周東彥) will attend post-screening Q&A sessions in Seattle following the May 21-22 screenings of his documentary "Looking For?" on app-oriented dating in the gay community at the 2018 Seattle International Film Festival.

So, what are you looking for? Platonic or sexual bond? Intimacy or reprieve from loneliness? Empathy or mentorship? In the making of this documentary, the director was asked the question four years ago and drew upon his own experiences to explore the inner thoughts of gay men seeking to connect through dating apps.

Chou first began the project out of curiosity by traveling to seven cities across the globe to meet 60 gay men – many of whom come from different backgrounds and cultures with varying degrees of social acceptance for same-sex partnerships.

The resulting insights and diverse stories that stem from answering that one fundamental question are then beautifully and compassionately revealed to the viewer. From navigating the pitfalls of (online) dating to courting love and lust, "Looking For?" hopes to help more people find clarity in what they desire online and offline.

Director Chou is also the founder of Very Mainstream Studio and Very Theatre. His accolades include first prize for Interactive and New Media Design from World Stage Design 2013. He has also collaborated with Cloud Gate Dance Theatre on the typography and visual backdrop of the troupe’s latest production "Formosa."

The multitalented director will be in attendance for two Seattle showings – May 21 and 22 at AMC Pacific Place.

"The Bold, The Corrupt, and The Beautiful," another Taiwanese cinematic production and winner of the 2017 Golden Horse Award for Best Picture, will be screened at the 2018 Seattle International Film Festival as well.