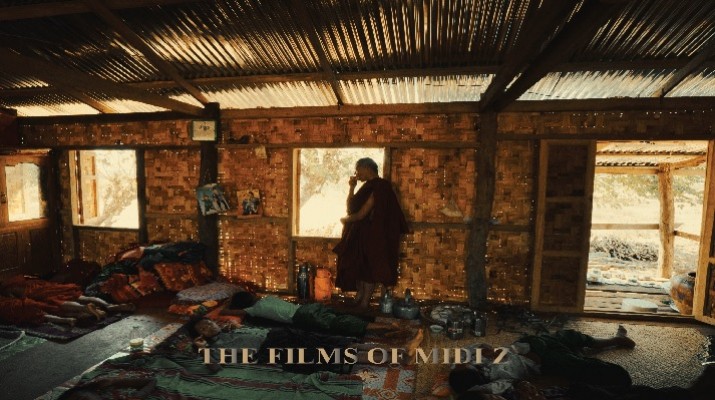 Taiwan-based Burmese filmmaker Midi Z, who has helped usher in the third wave of New Taiwanese Cinema, will have five of his films screened in a special "Return to Myanmar" series at New York's Museum of the Moving Image in June.

A protégé of auteur Hou Hsiao-hsien, Midi Z has emerged as a major filmmaker in his own right. Working in fiction and documentary, his compassionate and artistically rigorous films explore the lives of displaced people who live on the margins and try to navigate societal oppression and the difficulty of earning a decent living.

This weekend-long retrospective set for June 2 and 3 will screen five of the director's most-acclaimed works, all set in his home country of Myanmar. The filmmaker will also be in attendance.

"Return to Burma" is a semi-autobiographical homecoming story shot without official permission, and only minimal equipment and crew. It follows a Burmese construction worker in Taiwan, who returns home with high hopes for his nation's first presidential elections.

"14 Apples" follows a wealthy businessman who embarks on a 14-day hiatus at a Buddhist monastery to combat insomnia. He is surprised that his newly shaved head and red robes have made him a respected figure among rural villagers, but also learns of certain monks profiteering off destitute followers.

"Ice Poison" is a re-telling of the fall from Eden set amidst the economic despair of rural Myanmar, where the temptation of easy money and the consequence of ruinous choices shine a brutal light on the harsh reality of drugs.

"City of Jade" refers to the mythical jade mines of Kachin, a Burmese war-torn state on the border with China. Among the people who flock to the dangerous mines in hopes of striking rich are Midi Z's own estranged older brother.

"The Road to Mandalay" follows a pair of illegal immigrants crossing into Thailand in search of a better life. When one's ambitions outweigh another, however, the couple struggle to reconcile their differences while navigating Bangkok's unofficial economy, where both labor and life are cheap.

After attending the Museum of the Moving Image program in New York, Midi Z will hold a talk at the Harvard Film Archive on June 4, before spending a weekend at Freer | Sackler, the Smithsonian's museums of Asian art in Washington, DC.

‘Return to Myanmar: The Films of Midi Z’

‘Borderlands: A Weekend with Midi Z’