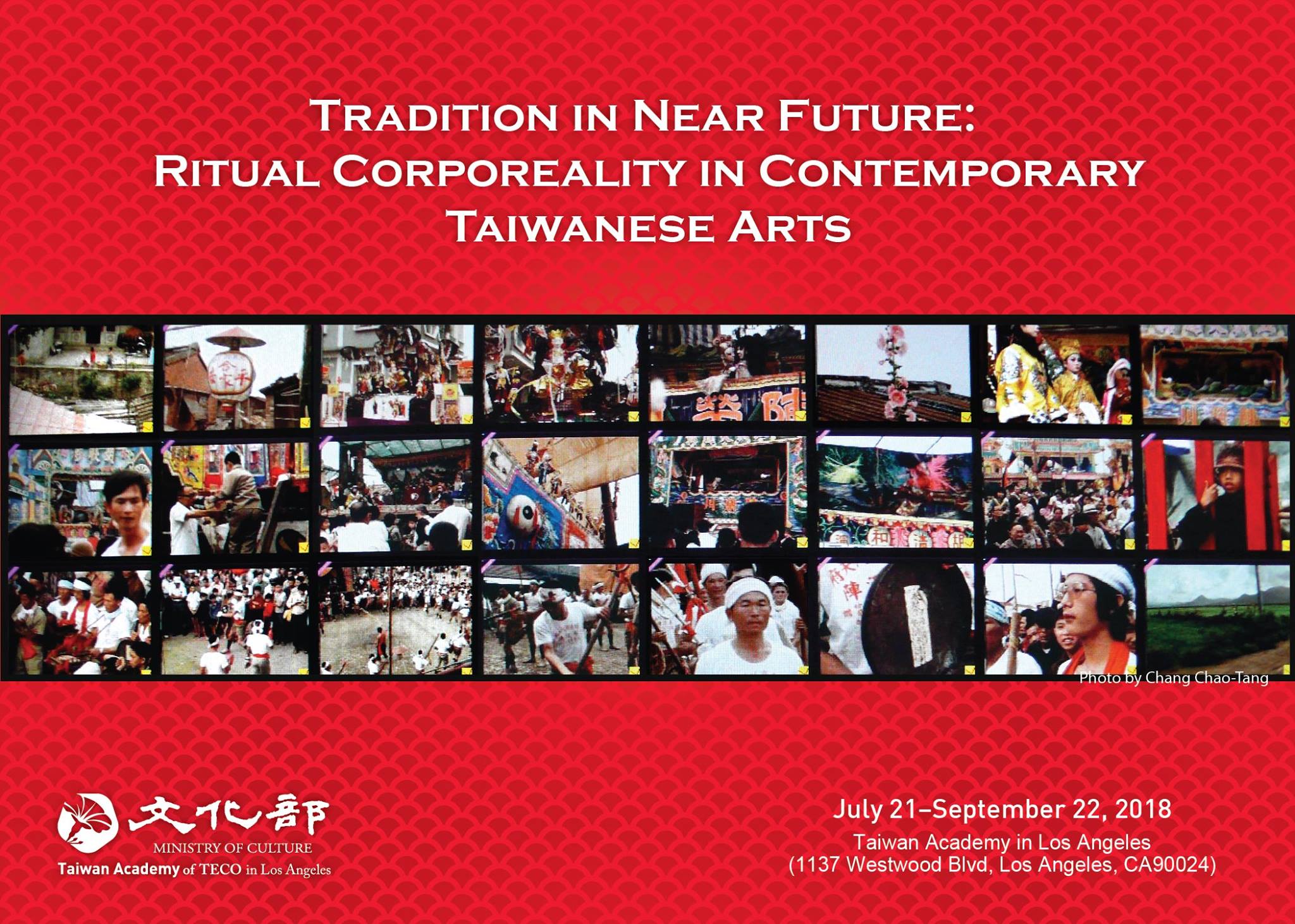 Marked by live music, array performances, and deity parades, Taiwan's traditional religious processions ― known as tīn-thâu (陣頭) in the Taiwanese language ― will take the center stage at this Los Angeles exhibition running from July 21 through Sept. 22 at the Taiwan Academy on Westwood Boulevard.

"Tradition in the Near Future: Ritual Corporeality in Contemporary Taiwanese Arts" seeks to showcase the cultural legacy encapsulated by Taiwanese temple fairs, as well as the contemporary art, dance, and film inspired by this particular slice of Taiwanese heritage.

The exhibition will bring to LA a stunning 1970s documentary made by veteran photographer Chang Chao-tang titled "Wang-Yew Boat Ceremony," which documents the residents of Tainan County burning wooden boats in ritual held to dispel disease and ill fortune, as well as "Sacrifice to Welcome the Gods," the latest music video produced by The Chairman band.

The photography selection will highlight a blend of traditional with the contemporary, including fascinating documentary photography on Taiwanese folk troupe Chio-Tian Folk Drum & Arts Group carrying a popular Taoist deity across the Sahara Desert in 2011. The statue of Nazha, who is better known as "The Third Prince" and popularized by the "Electronic-Techno Neon Gods" dance teams, weighed 17kg.

The curators have also selected several dance performances inspired by traditional temple street culture, including "13 Tongues" ― which tells of a legendary street artist in Taipei's Wanhua District who could play diverse male, female, young, and elderly roles by singing in thirteen different styles ― by choreographer Cheng Tsung-lung, who will replace Lin Hwai-min as the artistic director of Cloud Gate Dance Theatre upon the patriarch’s retirement in 2019.

Recordings of award-winning performances such as "New Paradise of Silent Island" by MeimageDance Troupe, "Miroirs de Vie" by Legend Lin Dance Theatre, and "The End of the Rainbow" by Mauvais Chausson Dance Theatre will also be screened by the Taiwan Academy in LA to explore the origins of deity offerings, Taoist beliefs, and funeral rites.

The two-month exhibition will kick off on July 21 with traditional drumming performances by the Rowland Heights-based STC Foundation at an opening ceremony held at the Taiwan Academy. The UCLA's Fowler Museum will also host a workshop on Aug. 5 for parents and children to learn more about traditional folk crafts such as the unique face paints that characterize tīn-thâu, or leaders of the parade.

‘Tradition in the Near Future: Ritual Corporeality in Contemporary Taiwanese Arts’

"Sacrifice to Welcome the Gods" by The Chairman