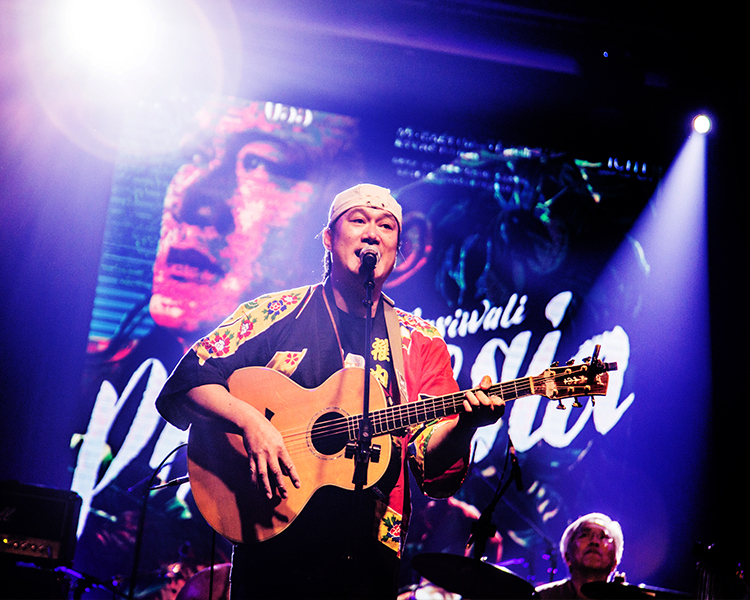 Basiwali is a phrase used by Taiwan's indigenous Amis tribe (also known as the Pangcah) that literally means "heading eastward," in which Basi indicates "moving towards" while wali denotes the direction of east. Therefore, Basiwali as a group heads eastbound in search of new adventures and companions.

This is a group comprising musical heritage from two remote areas in the Polynesian landscape, which is considered a subset of the Austronesian culture. Singer Chalaw is from Taiwan's Amis tribe, while musician Kilema is from Madagascar's Malkasi tribe.

Chalaw’s voice is heavy, just like the energy of the rising sun. He's a humble fisherman who listens to the interactions of the land, sea, and people ― this is what brings out the sincerity of his songs. He's a documentarian of sorts, using music to record and preserve the disappearing memories of his people.

Kilema serves as an ambassador for traditional Madagascan music. He specializes in the marovany, a suitcase-shaped wooden zither unique to Malagasy music. His personal instrument is constructed entirely from salvaged materials.

Basiwali is the music of the natural world. It's made with a clean classical guitar sound and enthusiastic drumming, and vocals that move audiences wherever they're from, with their Amis melodies and Latin rhymes. It's truly a unique vision, a fusion of cultures that are deeply related.

It feels like being hugged by both ends of the Pacific ― sometimes stormy, sometimes calm ― but always in safe hands abroad the good ship Basiwali that sails on the wide, beautiful ocean.