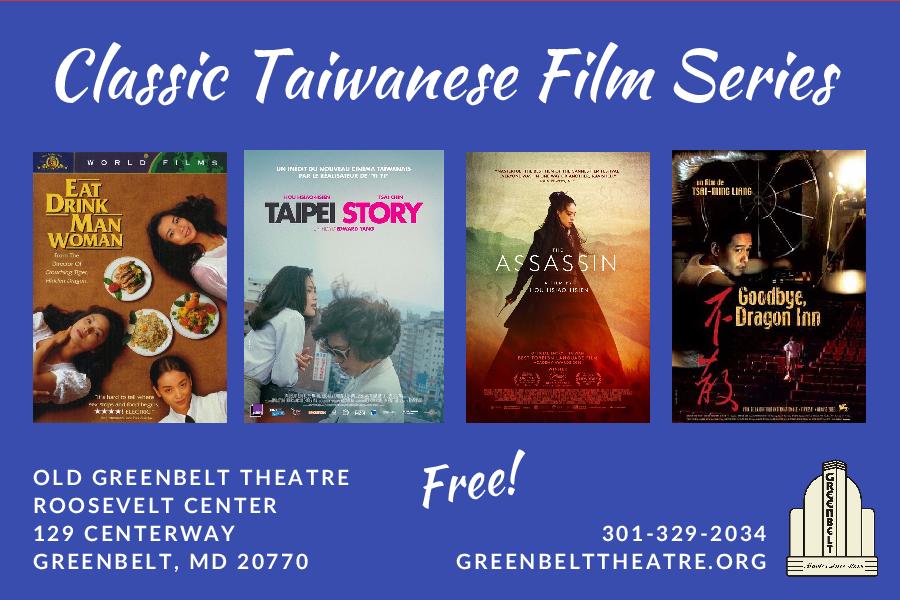 Classic Taiwanese films will return to the silver screen at Greenbelt, Maryland as part of free film screenings slated from Sept. 13 through Oct. 25 at Old Greenbelt Theatre, Prince George's County only nonprofit cinema.

"Eat Drink Man Woman" is a 1994 family drama by Ang Lee that uses food to examine the ties among a widowed chef and his three daughters. Laced with a Confucian approach toward life, the film compares one's physical appetite to passion for life, and utilizes the theme of good food to discuss generational differences in relationship goals.

"Taipei Story" is a 1985 film made amidst the 1980s Taiwanese New Wave Cinema movement. Using the slow dissolution of a romantic relationship to parallel the past and future development of Taipei City, Edward Yang skillfully portrays a generational shift in lifestyle and values.

"The Assassin," the 2015 Cannes-winning martial arts epic directed by Hou Hsiao-hsien, takes place in ninth-century China during the height of the imperial Tang Dynasty. The ravishing production follows a shadowy assassin whose lethal effectiveness is compromised by her troubled conscience and orders to murder her former betrothed.

"Goodbye, Dragon Inn" is set in the final hours of an old cinema in Taipei that is about to close down after screening the 1967 wuxia classic "Dragon Inn." This 2003 art house film by Tsai Ming-liang features two veteran actors who played in King Hu's original sword-fighting film.

"Classic Taiwanese Film Series" is made possible with the support of the Taiwan Academy of the Taipei Economic and Cultural Representative Office in the United States. Screenings can be attended for free every other Thursday evening at the Old Greenbelt Theatre.