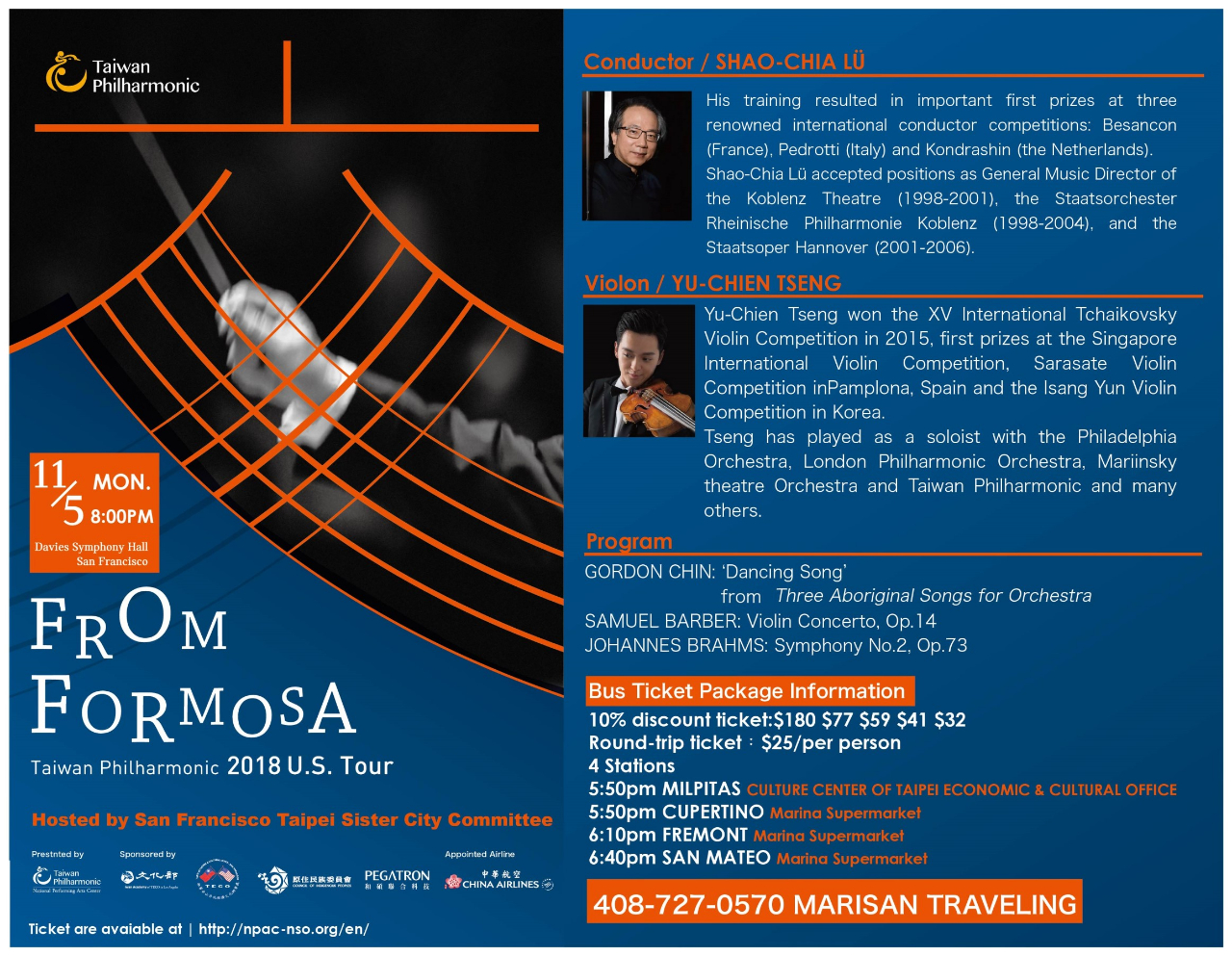 The National Symphony Orchestra (國家交響樂團), better known as Taiwan Philharmonic and touted as "one of Asia's best" by Los Angeles Times music critic Mark Swed, will return to the United States this fall with a four-city West Coast tour that will bring the sounds of Taiwan to Costa Mesa, San Diego, Seattle, and San Francisco.

Led by conductor Lu Shao-chia (呂紹嘉), Taiwan Philharmonic has increased the country's cultural stature at home and on the international stage following its US debut in 2016. Lu, a master of nuance who is skilled at directing both concerts and operas, has been at the helm of Taiwan Philharmonic since 2010.

For the first three concerts, Lu will be joined by none other than master pianist Stephen Hough, whose performances are described as "the most perfect piano playing conceivable" by The Guardian. One of the greatest living pianists today and the first classical performer to be awarded a MacArthur Fellowship, Hough will perform Liszt's Piano Concerto No. 1 at Costa Mesa, San Diego, and Seattle.

The San Francisco performance will be accompanied instead by Taiwanese violinist Tseng Yu-chien (曾宇謙), a 24-year-old virtuoso who was signed to the legendary record label Deutsche Grammophon in 2016. Tseng will interpret Barber's intensely lyrical violin concerto in what will be his San Francisco debut on Nov. 5.

What's more, the Taiwan Philharmonic's Seattle debut on Nov. 3 will feature two violins on loan from the Chi Mei Foundation in Taiwan — one made in 1705 by Giuseppe Guarneri filius Andrea, and a 1734 instrument by Sanctus Seraphin.