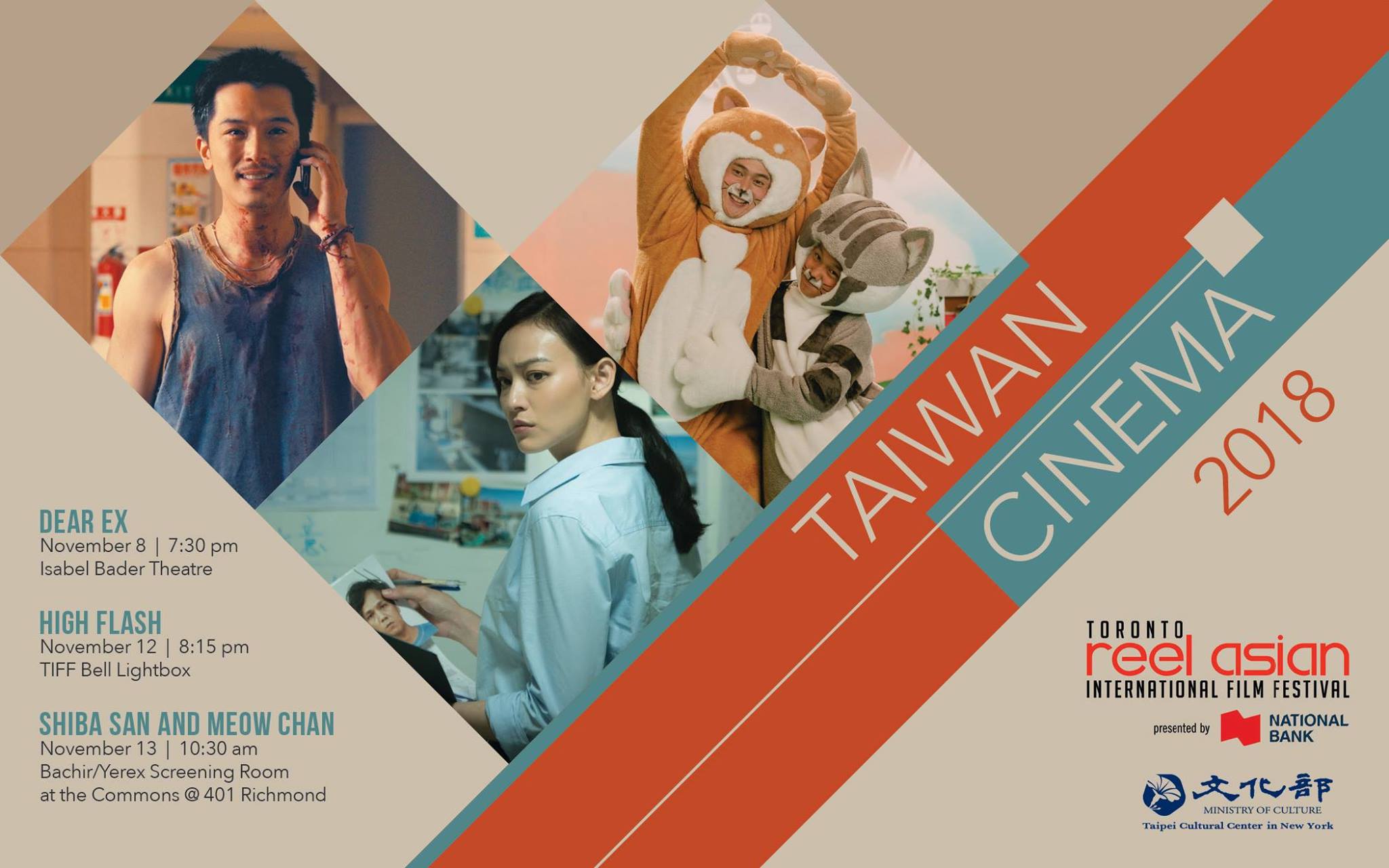 "Dear EX" follows three people who are linked by fate upon the passing of Song Zhengyuan. His wife and son are confronted by the fact that Song left his insurance money to his gay lover, Jay. This pivotal film does not sensationalize or victimize queer love; instead, its heartfelt sincerity provides hope for a more inclusive Taiwanese society.

Reel Asian will also screen two other Taiwan-made films. "High Flash (引爆點)" begins with the death of fisherman Ah-Hai by self-immolation during a village protest against a petrochemical company, and seeks to strike an intricate balance between plot-driven thriller and character-driven social drama. Underpinning this true-seeking mission is a critique against capitalism-driven society.

Rounding up the three-film selection is "Shiba San and Meow Chan (柴哥與喵弟)," a short based the eponymous hit children’s show in Taiwan. The older Shiba san is in love with a married man, while the young Meow chan is trying to process his loneliness at home. Together, they confront their own emptiness as companions on set and in real life.

The Reel Asian showcase is supported by the Taipei Cultural Center in New York and the Taipei Economic and Cultural Office in Toronto. All three movies will be screened in Mandarin with English subtitles.