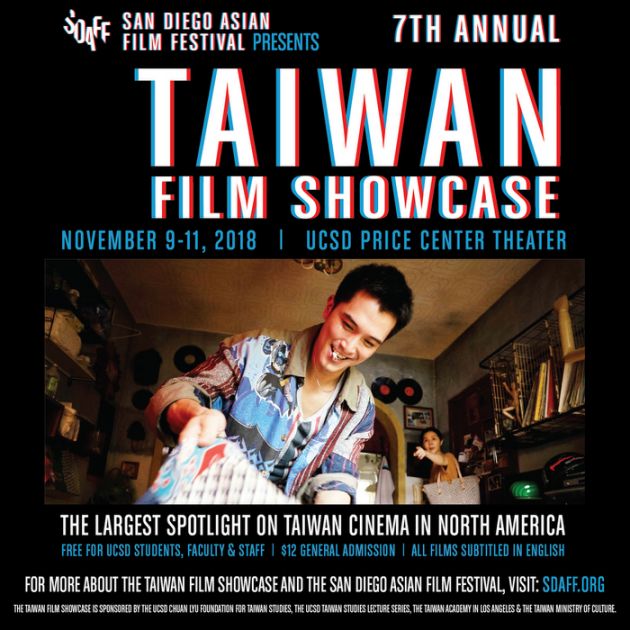 The Taiwan Film Showcase of the San Diego Asian Film Festival is the largest annual presentation of Taiwanese cinema outside of Asia. This year will mark the 7th showcase, and virtual reality films will be added to program for the first time.

The VR collection comprises "Your Spiritual Temple Sucks (全能元神宮改造王)," a hilarious short about a man who's told by his spiritual guardian to tidy up his life to save his marriage, and "The Train Hamasen (哈瑪星列車)," a dreamy palimpsest of Taiwanese history that pokes fun at tradition and reveals historic sights and scenes in sensuous 360 degrees.

Richard Chen Yao-chi, an experimental filmmaker during 1960s Taiwan, will also have two of his landmark films screened in San Diego: a newly restored print of his documentary-esque short "The Mountain (上山)," about the political ideals of three college students and their place in a changing Taiwan, and "Moon Fascinating, Bird Sweet (月朦朧鳥朦朧)," about the romantic fantasies of a kindergarten teacher played by Brigitte Lin.

"Ten Years Taiwan (十年台灣)," a collection of five short films each imagining Taiwan in 2027 and 2028, is another unmissable highlight of this year's program. Beyond the obvious political anxieties, the five filmmakers also evoke local, emotional, ecological, and demographic issues that speak directly to Taiwan’s present reality.