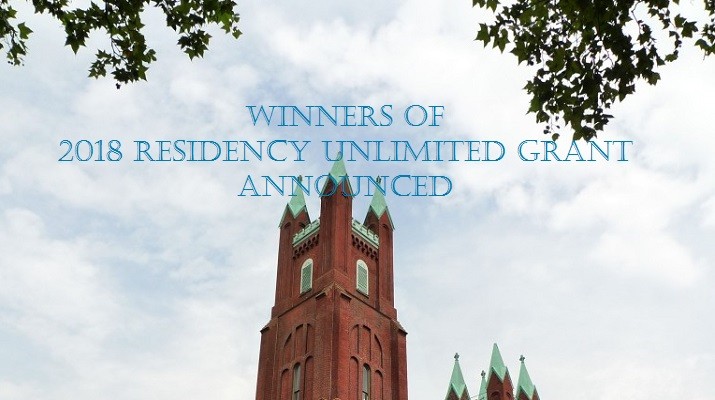 According to the TCC, a total of 13 Taiwanese artists submitted applications during the open call. A selection committee comprised of RU Director Nathalie Angles, Japan Society Gallery Director Yukie Kamiya (previously Chief Curator of Hiroshima MoCA [2007-15] and Associate Curator of New Museum [2003-06]), as well as TCC Director Bill Chang, convened on Feb. 20, 2018 to review the applications. Four artists were shortlisted at the meeting based on the artistic quality of their work, caliber and creativity of the proposed project, likely benefit to the artist from RU’s tailored residency, as well as the artist’s interest in engaging with the New York community. Each then was asked to participate in a video interview conducted by RU in late February so as to have an in-depth discussion of their projects and fair evaluation of each finalist’s proposal.

Mr. Liu Ren-Kai obtained his BA from the Department of Graphic Communication and Digital Publishing at Shih Hsin University and now works as a professional photography artist in Taiwan. Mr. Liu plans to extend his project “Humans as Hosts,” which portrays the lives of HIV-infected people through staged photography and interview-based documents, to New York. He hopes to engage with people living with HIV in different ethnic communities and work with major non-profit organizations in New York that have been driving forces for creating dialogue around HIV issues, such as Visual AIDS.

With a BSc from National Taiwan University and a MFA from the School of Art Institute of Chicago, Ms. Lee Tzu Tung focuses on the politics of art, and how art and artists can serve or be transformed in politics. She proposes to work on three projects during the residency—“After the Time Lag”, “Psychedelic Path”, and “Cyber-Indigenism” –to explore the inter-relations of indigeneity and modernity.

Generously supported by the Ministry of Culture, Republic of China (Taiwan), the TCC collaborates with RU to provide residency opportunities to two Taiwanese artists every year. The grant covers the artists’ air fare, travel insurance, art production, and per diem during the four-month residency. Winners are set to start the program in late spring or early summer this year.