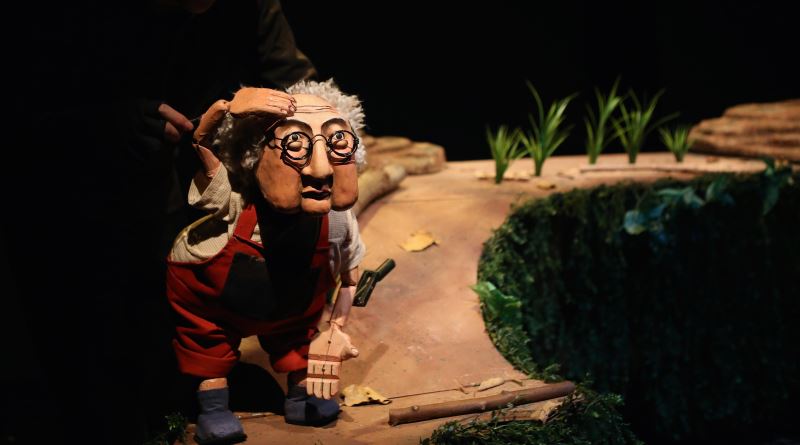 Taiwan puppetry troupe The Puppet and Its Double will stage a non-verbal show entitled "Mr. Ruraru's Yard" at the Puppets in the Green Mountains Festival in Vermont on Sept. 22.

Grouchy old Mr. Ruraru finds a log in his yard. But is it actually a log...or an alligator? This highly inventive, non-verbal puppet theatre production celebrates the joy of sharing and beauty of nature.

This contemporary Taiwanese company brings a Japanese children’s book to life in an evocative piece about an old man who tries to keep his backyard tame and free of nature and its critters. A story for family audiences told entirely without words, but with delight and joy, and a sensory feast for people of all ages. The animals, all made from abstract pieces of driftwood, finally win Mr. Ruraru over, of course. He sees that, first of all, nature belongs in a garden, but also, that he learns to delight in nature. By getting to know nature, he discovers what it is and why it is wonderful.

About The Puppet and its Double Theate

The Puppet and its Double Theater is recognized as one of the most iconic theatre companies in Taiwan.  Their works bridge worlds by blending contemporary puppet forms with recognizably Taiwanese cultural identity, their original design, and their choice of stories.

Puppet & Its Double strongly believes that “everything can be a puppet,” as it makes great effort to expand the theatrical potentiality of puppetry in contemporary performing arts and to welcome every possible interdisciplinary experiment.  It is particularly known for its exquisite puppet-making and design, while its performance ranges from glove puppet, string puppet, rod puppet, table-top puppet, shadow theatre, etc.  By bringing actors and puppets together on stage and adopting a poetic theatrical language, it visualizes a world of imagination beyond what humans can do and fascinates us with its thought-provoking fantasy and transformative identities.

Puppet & Its Double moved its base from Taipei to Wujie, Yilan in 2013, where it turned the abandoned barns into Lìzé Puppet Art Colony, equipped with rehearsal studios, a puppet building workshop, and a small performance space.  The aim of the art colony, as a major international platform for creative puppetry, is to offer domestic and foreign puppet artists a place to experiment and to exchange ideas, while it also organizes professional workshops regularly.

Puppets in the Green Mountains Festival